A true story of hope 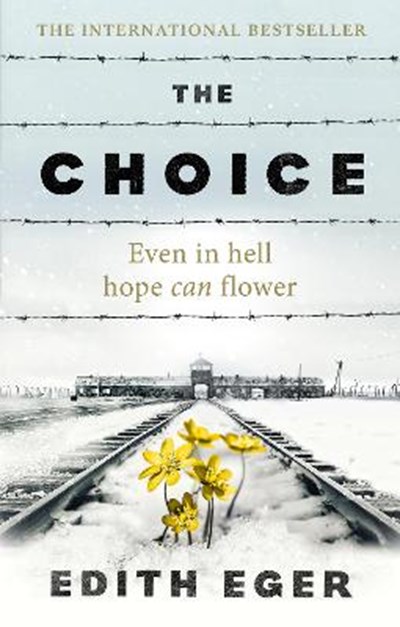 A true story of hope

QTY
Add to Basket
Publisher: Ebury Publishing
ISBN: 9781846045127
Number of Pages: 384
Published: 16/08/2018
Width: 12.6 cm
Height: 19.8 cm
Description Author Information Reviews
THE AWARD-WINNING SUNDAY TIMES AND NEW YORK TIMES BESTSELLER Even in hell, hope can flower 'I'll be forever changed by her story' - Oprah Winfrey 'Extraordinary ... will stick with you long after you read it' - Bill Gates 'One of those rare and eternal stories you don't want to end' - Desmond Tutu 'A masterpiece of holocaust literature. Her memoir, like her life, is extraordinary, harrowing and inspiring in equal measure' - The Times Literary Supplement 'I can't imagine a more important message for modern times. Eger's book is a triumph' - The New York Times In 1944, sixteen-year-old ballerina Edith Eger was sent to Auschwitz. Separated from her parents on arrival, she endures unimaginable experiences, including being made to dance for the infamous Josef Mengele. When the camp is finally liberated, she is pulled from a pile of bodies, barely alive. The horrors of the Holocaust didn't break Edith. In fact, they helped her learn to live again with a life-affirming strength and a truly remarkable resilience. The Choice is her unforgettable story. It shows that hope can flower in the most unlikely places.

A native of Hungary, Edith Eger was a teenager in 1944 when she and her family were sent to Auschwitz during the Second World War. Despite overwhelming odds, Edith survived the Holocaust and moved with her husband to the United States. Having worked in a factory whilst raising her young family, she went on to graduate with a PhD from the University of Texas and became an eminent psychologist. Today, she maintains a busy clinical practice and lectures around the world.