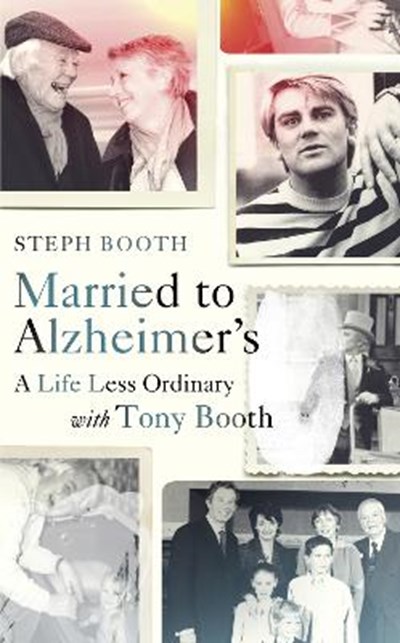 QTY
Add to Basket
Publisher: Ebury Publishing
ISBN: 9781846045752
Number of Pages: 256
Published: 07/03/2019
Width: 14.4 cm
Height: 22.2 cm
Description Author Information Reviews
EXTRAORDINARY MEMOIR OF A LIFE AND LOVE TORN APART BY DEMENTIA When her husband Tony was diagnosed with Alzheimer's in 2004, Steph Booth had to say goodbye to life as she knew it. The disease encroached into their lives, taking away Tony day by day. Open and honest, but with heart and warmth, Steph reveals and the hardship of caring for Tony and losing herself in the midst of it. Along the way we learn of the people they were, the dynamics of their relationship - Tony's theatrics, Steph's stubbornness - effortlessly captured with lightness and humour. Borne out of her much-loved Irish Times column, Married to Alzheimer's is a poignant account of a life and love torn apart by dementia and a bond that was unshakeable. Tony was never a conformist. An actor, rebel, raconteur. The frustration, the grief, the laughter, the anger, the joy meant life with him was anything but ordinary.

Steph Booth is married to actor, Tony Booth, and has four sons and three grandchildren. Before giving up paid employment to look after Tony full time, Steph worked as an English teacher in secondary schools, and later lectured in Politics at the University of Salford. She has been writing for the Irish Times since 2014 about living with and caring for her husband who had advanced Alzheimer's disease before passing away in 2017. She also gives presentations about her role as a carer to various organisations including the medical profession. She is an obsessional gardener and an occasionally obsessional hand quilter. Steph lives in Todmorden, West Yorkshire.