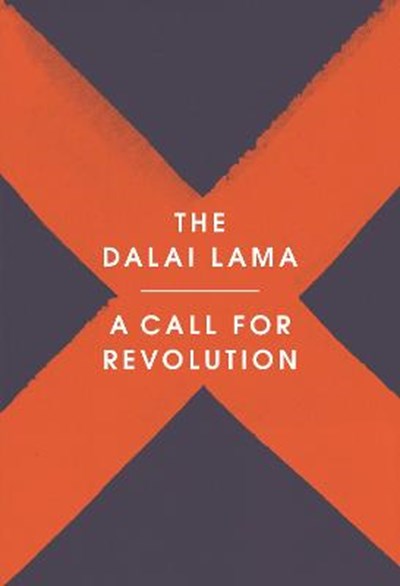 QTY
Add to Basket
Publisher: Ebury Publishing
ISBN: 9781846045899
Number of Pages: 96
Published: 03/05/2018
Width: 11 cm
Height: 16.1 cm
Description Author Information Reviews
A RALLYING CRY FOR THE WHOLE WORLD, BY ONE OF THE MOST RESPECTED LEADERS OF OUR TROUBLED TIMES. This eloquent, impassioned manifesto is possibly the most important message The Dalai Lama can give us about the future of our world. It's his rallying cry, full of solutions for our chaotic, aggressive, divided times: no less than a call for revolution. Are we ready to hear it? Are we ready to act?

The Dalai Lama (Author) The Dalai Lama is the spiritual leader of Tibet. From 1959, Tenzin Gyatso, the Fourteenth Dalai Lama, has lived in exile in Dharamsala, in the north of India, since the invasion of Tibet by China. He was awarded the Nobel Peace Prize in 1989. www.dalailama.com Sofia Stril-Rever (Author) Sofia Stril-Rever has co-authored four books with The Dalai Lama (including his Spiritual Autobiography, translated into some twenty languages). Together with the Paris Bar, she has initiated the 'Law and Consciousness' study group to address the environmental challenges according to the idea of universal responsibility, a concept promoted by the Dalai Lama as the key to human survival in the 21st century. http://www.lawandconsciousness.org