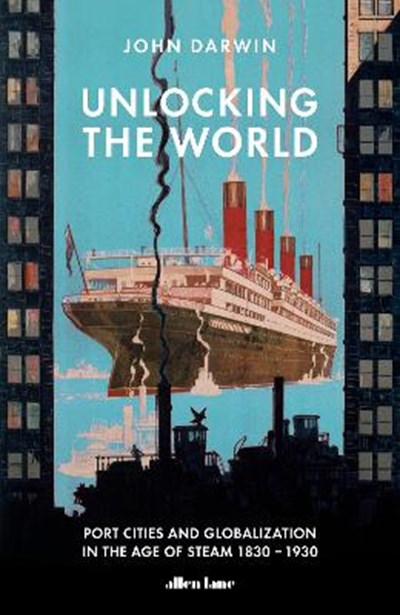 Publisher: Penguin Books Ltd
ISBN: 9781846140860
Number of Pages: 496
Published: 01/10/2020
Width: 16.2 cm
Height: 24 cm
Description Author Information Reviews
From the acclaimed historian of global empire, the dramatic story of how steam power reshaped our cities and our seas, and forged a new world order Steam power transformed our world, initiating the complex, resource-devouring industrial system the consequences of which we live with today. It revolutionized work and production, but also the ease and cost of movement over land and water. The result was to throw open vast areas of the world to the rampaging expansion of Europeans and Americans on a scale previously unimaginable. Unlocking the World is the captivating history of the great port cities which emerged as the bridgeheads of this new steam-driven economy, reshaping not just the trade and industry of the regions around them but their culture and politics as well. They were the agents of what we now call 'globalization', but their impact and influence, and the reactions they provoked, were far from predictable. Nor were they immune to the great upheavals in world politics across the 'steam century'. This book is global history at its very best. Packed with fascinating case histories (from New Orleans to Montreal, Bombay to Singapore, Calcutta to Shanghai), individual stories and original ideas, Darwin's book allows us, for better or worse, to see the modern age taking shape.

John Darwin was until his retirement last year Professor of Imperial and Global History at the University of Oxford. He is the author of After Tamerlane, Unfinished Empire and The Empire Project.