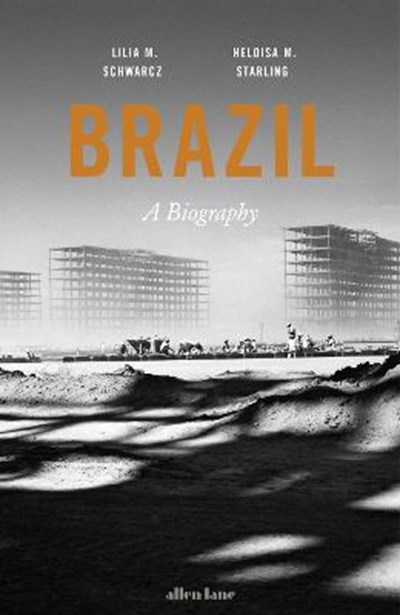 Publisher: Penguin Books Ltd
ISBN: 9781846147937
Number of Pages: 800
Published: 26/07/2018
Width: 16.2 cm
Height: 24 cm
Description Author Information Reviews
Shortlisted for the Jabuti Prize for the Best Brazilian Book Published Abroad Since Europeans first reached Brazil in 1500 it has been an unfailing source of extraordinary fascination. More than any other part of the 'New World' it displayed both the greatest beauty and grandeur and witnessed scenes of the most terrible European ferocity. Brazil: A Biography, written by two of Brazil's leading historians and a bestseller in Brazil itself, is a remarkable attempt to convey the overwhelming diversity and challenges of this huge country from its origins to the 21st century - itself larger than the contiguous USA and still in some regions not fully mapped. The book's major themes are the near-continuous battles to create both political institutions and social frameworks that would allow stable growth, legal norms and protection for all its citizens. Brazil's failure to achieve these except in the very short term has been tragic, but even now it remains one of the world's great experiments - creative, harsh, unique and as compelling a story for its inhabitants as for outsiders.

Lilia Moritz Schwarcz is Professor of Anthropology at Sao Paulo University and Visiting Professor in the Department of Spanish and Portuguese Languages and Cultures in Latin American Studies at Princeton University. Two of her books have been translated into English: The Emperor's Beard: Dom Pedro II and his Tropical Monarchy in Brazil and The Spectacle of the Races: Scientists, Institutions, and the Race Question in Brazil, 1870-1930. Heloisa Murgel Starling is Professor at the Federal University of Minas Gerais and author of Os senhores das Gerais, Lembrancas do Brasil and Uma patria paratodos.