A Lighthouse History from Eddystone to Fastnet 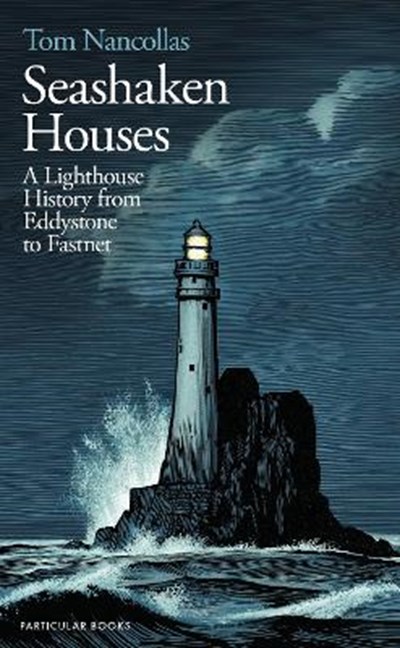 A Lighthouse History from Eddystone to Fastnet

Publisher: Penguin Books Ltd
ISBN: 9781846149375
Number of Pages: 256
Published: 04/10/2018
Width: 14.4 cm
Height: 22.2 cm
Description Author Information Reviews
'A thrilling celebration of lighthouses' i newspaper An enthralling history of Britain's rock lighthouses, and the people who built and inhabited them Lighthouses are enduring monuments to our relationship with the sea. They encapsulate a romantic vision of solitary homes amongst the waves, but their original purpose was much more noble, conceived as navigational gifts for the safety of all. Still today, we depend upon their guiding lights for the safe passage of ships. Nowhere is this truer than in the rock lighthouses of Great Britain and Ireland: twenty towers built between 1811 and 1904, so-called because they were constructed on desolate, slippery rock formations in the middle of the sea, rising, mirage-like, straight out of the waves, with lights shining at the their summits. Seashaken Houses is a lyrical exploration of these magnificent, isolated sentinels, the ingenuity of those who conceived them, the people who risked their lives building and rebuilding them, those that inhabited their circular rooms, and the ways in which we value emblems of our history in a changing world.

Born in Gloucester in 1988, Tom Nancollas is a writer and building conservationist based in London. After university, he joined English Heritage to work on church repair grants before moving on to the City of London and its historic townscape. Of Cornish ancestry, Tom maintained a love of seascapes during his work in the capital and became fascinated with offshore rock lighthouses, which were the subject of his critically acclaimed first book, Seashaken Houses, published in 2018.