Truth and Legend in the Early Church 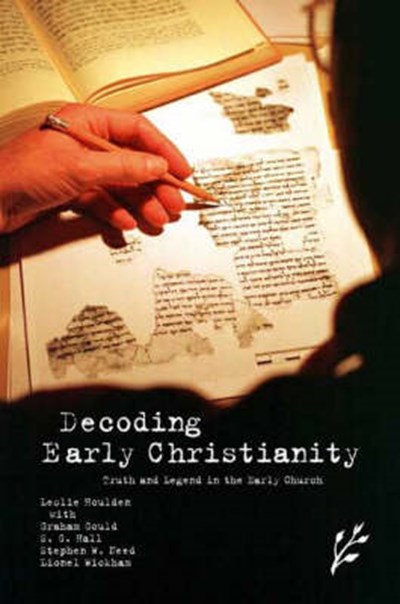 Truth and Legend in the Early Church

QTY
Add to Basket
Publisher: ABC-CLIO
ISBN: 9781846450181
Published: 23/04/2007
Description Author Information Reviews
The extraordinary success of "The Da Vinci Code" has dramatically intensified interest in the mysterious origins of Christianity. But in fact there has always been huge curiosity about a wide range of contentious issues concerning Jesus and early Church history. Who was the 'real' Jesus? How much do we really know about his disciples? What is written in the 'secret' early Christian writings, such as the "Gnostic Gospel According to Thomas", which begins 'These are the secret words that the living Jesus spoke...'? How did the Church Fathers decide which beliefs were heretical and which weren't? Who were the first Popes and how did they take control of the early Church? "Decoding Early Christianity" addresses such questions, separating truth from legend, and showing how the early Church Fathers and Popes interpreted competing views and traditions to produce, over time, an approved and codified view of Jesus and his followers, and developed an accepted liturgy with which to worship him. Expertly written by a team of distinguished authors, it is a clear and engaging exploration of fact and fiction for anyone who wants to be reliably informed on the subject. The authors show how speculative fancies arise from a mixture of tenuous evidence and wishful thinking, and bring the issues back to the solid - but no less extraordinary - evidence in the Gospels and the Acts.

Leslie Houlden has taught at Oxford and King's College, London and is the author of many books on the Bible and Christian faith. He is an Anglican priest. Graham Gould was formerly a lecturer in theology at King's College, London. He is now a freelance lecturer and writer and co-editor of the Journal of Theological Studies. Stuart George Hall has been an Anglican priest since 1955. From 1978 to 1990 he was Professor of Ecclesiastical History at Kings College, London, and is now associated with St Andrews University. Stephen W. Need has taught New Testament Studies and Early Christianity. He has travelled widely in the Middle East and is currently Dean of St. George's College, Jerusalem. Lionel Wickham has divided his working life between parish priesthood and university teaching. He was formerly University Lecturer in the Faculty of Divinity at Cambridge.

"This collection of nine essays with a comprehensive introduction sort what we know for sure from what some of us guess or wish had happened. The contributors, all well-respected academics and clerics, confront both ancient and recent speculation about what Jesus did and taught, who his disciples and first popes were, and how they came to discern heresy in the tumultuous couple of hundred years after BC became AD. They cover the apocrypha, Gnosticism, the battles of the sects and heresies, early Christian worship, and the contributions of Constantine. Along the way they address both the serious and silly notions that sprouted along the path of early Christianity on its way to today." -