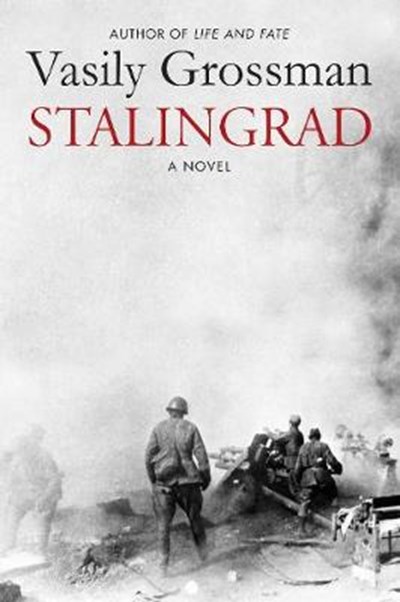 Publisher: Vintage Publishing
ISBN: 9781846555794
Number of Pages: 992
Published: 06/06/2019
Width: 16.2 cm
Height: 24 cm
Description Author Information Reviews
THE SUNDAY TIMES BESTSELLER AND NOW A MAJOR RADIO 4 DRAMA 'One of the great novels of the 20th century, and now published in English for the first time' Observer 'A gripping panorama of the human experience' Kenneth Branagh In April 1942, Hitler and Mussolini plan the huge offensive on the Eastern Front that will culminate in the greatest battle in human history. Hundreds of miles away, Pyotr Vavilov receives his call-up papers and spends a final night with his wife and children in the hut that is his home. As war approaches, the Shaposhnikov family gathers for a meal: despite her age, Alexandra will soon become a refugee; Tolya will enlist in the reserves; Vera, a nurse, will fall in love with a wounded pilot; and Viktor Shtrum will receive a letter from his doomed mother which will haunt him forever. The war will consume the lives of a huge cast of characters - lives which express Grossman's grand themes of the nation and the individual, nature's beauty and war's cruelty, love and separation. For months, Soviet forces are driven back inexorably by the German advance eastward and eventually Stalingrad is all that remains between the invaders and victory. The city stands on a cliff top by the Volga River. The battle for Stalingrad - a maelstrom of violence and firepower - will reduce it to ruins. But it will also be the cradle of a new sense of hope. Stalingrad is a magnificent novel not only of war but of all human life: its subjects are mothers and daughters, husbands and brothers, generals, nurses, political officers, steelworkers, tractor girls. It is tender, epic, and a testament to the power of the human spirit. 'You will not only discover that you love his characters and want to stay with them - that you need them in your life as much as you need your own family and loved ones - but that at the end... you will want to read it again' Daily Telegraph

Vasily Grossman (Author) Vasily Grossman (1905-64) is best known as the author of Life and Fate, rated by many as the greatest Russian novel of the twentieth century. Among his most acclaimed works of fiction are Stalingrad, Life and Fate, Everything Flows and the short stories collected in The Road. A Writer at War collects Grossman's notebooks, war diaries, personal correspondence and newspaper articles from his time as a war reporter. Robert Chandler (Translator) Robert Chandler translated Life and Fate nearly 40 years ago, and other works by Vasily Grossman more recently. He has written a short biography of Pushkin and compiled three anthologies of Russian literature for Penguin Classics. He is also the main English translator of Andrey Platonov and Teffi.