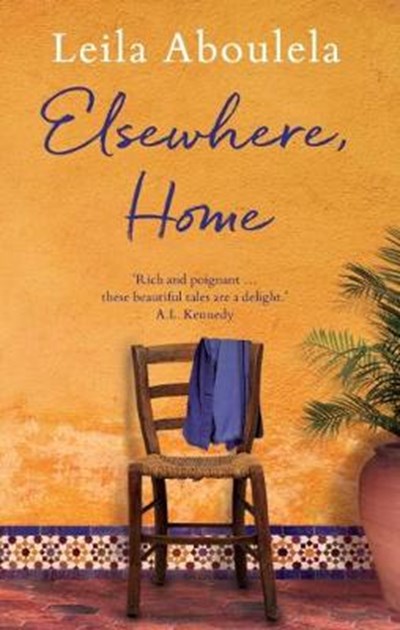 QTY
Add to Basket
Publisher: Saqi Books
ISBN: 9781846592119
Published: 13/06/2018
Description Author Information Reviews
Winner of the Saltire Society Fiction Book of the Year 2018; Longlisted for The People's Book Prize 2018; From one of our finest contemporary writers whose work has been praised by J.M. Coetzee, Ali Smith and Aminatta Forna, Leila Aboulela's Elsewhere, Home offers us a rich tableau of life as an immigrant abroad, attempting to navigate the conflicts of assimilation and difference in an unfamiliar world. A young woman's encounter with a former classmate elicits painful reminders of her former life in Khartoum. A wealthy Sudanese student in Aberdeen begins an unlikely friendship with a Scottish man. A woman experiences an evolving relationship to her favourite writer, whose portrait of their shared culture both reflects and conflicts with her own sense of identity. Shuttling between the dusty, sun-baked streets of Khartoum and the university halls and cramped apartments of Aberdeen and London, Elsewhere, Home explores, with subtlety and restraint, the profound feelings of yearning, loss and alienation that come with leaving one's homeland in pursuit of a different life.

Leila Aboulela is an award-winning novelist and playwright. Her novels, which were all longlisted for the Orange Prize, include The Translator (a New York Times Notable Book of the Year), Minaret and Lyrics Alley. Lyrics Alley was also Fiction Winner of the Scottish Book Awards. Translated into fourteen languages, Aboulela's work has received a high profile for its distinctive exploration of identity, migration and Islamic spirituality. Aboulela grew up in Khartoum, Sudan, and now lives in Aberdeen.