Shortlisted for the Man Booker Prize 2018 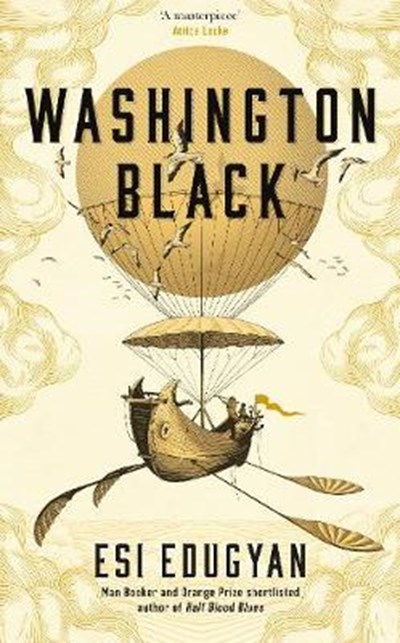 Shortlisted for the Man Booker Prize 2018

QTY
Add to Basket
Free UK P&P
Publisher: Profile Books Ltd
ISBN: 9781846689598
Number of Pages: 432
Published: 02/08/2018
Width: 14.4 cm
Height: 22.2 cm
Description Author Information Reviews
SHORTLISTED FOR THE 2018 MAN BOOKER PRIZE WINNER OF THE GILLER PRIZE FINALIST FOR THE CARNEGIE MEDAL AND THE ROGERS WRITERS TRUST FICTION PRIZE FROM THE MAN BOOKER AND ORANGE PRIZE SHORTLISTED AUTHOR OF HALF BLOOD BLUES New York Times Top Ten Book of the Year 2018 'A masterpiece' Attica Locke 'High adventure fraught with cliffhanger twists mark this runaway-slave narrative, which leaps, sails, and soars ... broadens inventive possibilities for the antebellum novel' Kirkus starred review When two English brothers take the helm of a Barbados sugar plantation, Washington Black - an eleven year-old field slave - finds himself selected as personal servant to one of these men. The eccentric Christopher 'Titch' Wilde is a naturalist, explorer, scientist, inventor and abolitionist, whose single-minded pursuit of the perfect aerial machine mystifies all around him. Titch's idealistic plans are soon shattered and Washington finds himself in mortal danger. They escape the island together, but then then Titch disappears and Washington must make his way alone, following the promise of freedom further than he ever dreamed possible. From the blistering cane fields of Barbados to the icy wastes of the Canadian Arctic, from the mud-drowned streets of London to the eerie deserts of Morocco, Washington Black teems with all the strangeness and mystery of life. Inspired by a true story, Washington Black is the extraordinary tale of a world destroyed and made whole again.

Esi Edugyan's Washington Black has been shortlisted for the Man Booker Prize 2018 and The Scotiabank Giller Prize 2018. Her previous novel, Half Blood Blues won the Scotiabank Giller Prize and was a finalist for the Man Booker Prize, the Governor-General's Literary Award, the Rogers Writers' Trust Prize, and the Orange Prize. She lives in Victoria, British Columbia