Who Is Right About God? - Thinking Through Christian Attitudes in a World of Many Faiths 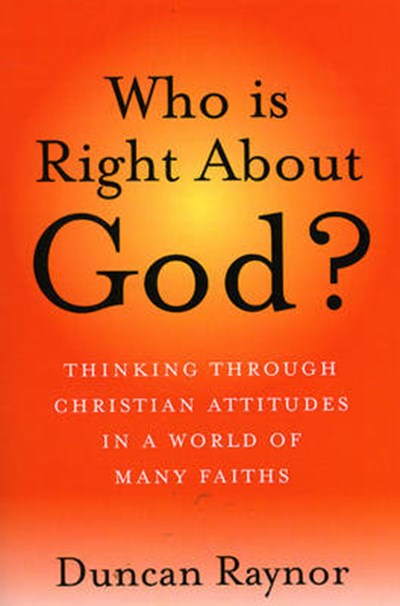 Who Is Right About God? - Thinking Through Christian Attitudes in a World of Many Faiths

QTY
Add to Basket
Publisher: John Hunt Publishing
ISBN: 9781846941030
Number of Pages: 144
Published: 25/04/2008
Width: 14.3 cm
Height: 21.6 cm
Description Author Information Reviews
Christianity has traditionally claimed to have the unique truth about God. But Christians have been challenged for two thousand years by the existence of genuine devotion, goodness, and insight in other faiths. This book gives a guide to different ways of understanding the relationship between faiths, investigating the origins, strengths, and weaknesses of popular views. It concludes that the best way forward is honestly to admit that no faith has a full understanding of God. Christianity, like other faiths, is a provisional attempt to understand God, and should have the humility to recognise the limitations of its vision.This humility should lead Christians to recognise that other faiths may get things right, and equally that Christianity may get things wrong. Rather than placing their own faith on a unique pedestal, Christians should recognise that all faiths operate on a level playing field, and have much to learn from each other. If believers in different faiths can take this approach to each other, they can move forward together to build understanding, and to resist fundamentalism and religious conflict.

Duncan Raynor is Anglican Chaplain at King Edward's School in Birmingham. He has degrees in Classics and Theology from Oxford University, and has worked in the West Midlands, as a parish clergyman and as a teacher of Religious Education, since 1982.

This book is both important and readable, because it has been forged in the daily "real time" interplay between the issues and views that it discusses, and because it is given rigour and intellectual coherence by the gifted author, who has an Oxford training in philosophy, as well as theology. The Very Revd Robert Grimley, Dean of Bristol Cathedral, England; 2005 Woods Fellow, Virginia Theological Seminary, Alexandria,