Deirdre of the Sorrows 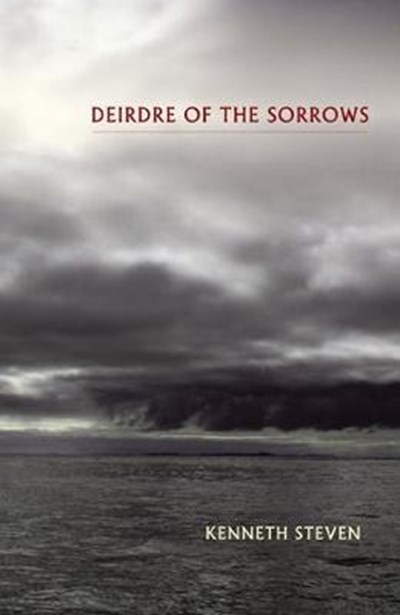 Deirdre of the Sorrows

QTY
Add to Basket
Publisher: Birlinn General
ISBN: 9781846973888
Number of Pages: 224
Published: 11/05/2017
Width: 13 cm
Height: 19.5 cm
Description Author Information Reviews
The story of Deirdre of the Sorrows is widely known in Ireland, yet all but forgotten across the water in Scotland. This great tragic love story, which has its roots in the ninth or tenth century, is very much shared by both countries. For Deirdre, according to the legend, fled with her lover Naoise to Argyll. The oldest song in Scotland is believed to be Deirdre's haunting farewell to her adopted land as she returns once more to Ireland.In this new sequence, Deirdre of the Sorrows, Kenneth Steven beautifully reimagines the legend of this love story; he brings back to life Deirdre's journey and attempts to capture its timeless power.

Kenneth Steven spent his first years in Helensburgh, but the bulk of his childhood and adolescence was spent in Highland Perthshire. He was born to writing parents, his father was a journalist and his mother a social historian. Kenneth has always been first and foremost a poet, fourteen of his collections have been published over the years, and he has made many poetry related programmes for BBC Radio. Birlinn published his novel, Glen Lyon, in 2013. www.kennethsteven.co.uk