Joyce, Proust and a Philosophy of the Flesh 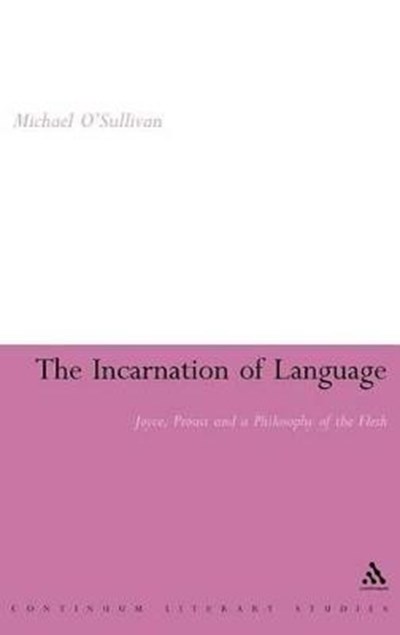 Joyce, Proust and a Philosophy of the Flesh

QTY
Add to Basket
Publisher: Bloomsbury Publishing PLC
ISBN: 9781847060471
Number of Pages: 192
Published: 01/05/2008
Width: 15.6 cm
Height: 23.4 cm
Description Author Information Reviews
The Incarnation of Language investigates how the notion of incarnation has been employed in phenomenology and how this has influenced literary criticism. It then examines the interest that Joyce and Proust share in the concept of incarnation. By examining the themes of synthesis and embodiment that incarnation connotes for these writers, it offers a new reading of their work departing from critical readings that have privileged notions of radical alterity and difference.

Michael O'Sullivan is Assistant Professor in English at Nagoya University of Commerce and Business, Japan. He is author of Michel Henry: Incarnation, Barbarism and Belief (Peter Lang, 2006).

."..stimulating reading for those with an interest in phenomenological-theological approaches to literature. Proustians and Joyceans looking for alternative approaches to their corpus will also find substantial food for thought." - French Studies, January 2009