Christianity in Africa and the African Diaspora

The Appropriation of a Scattered Heritage 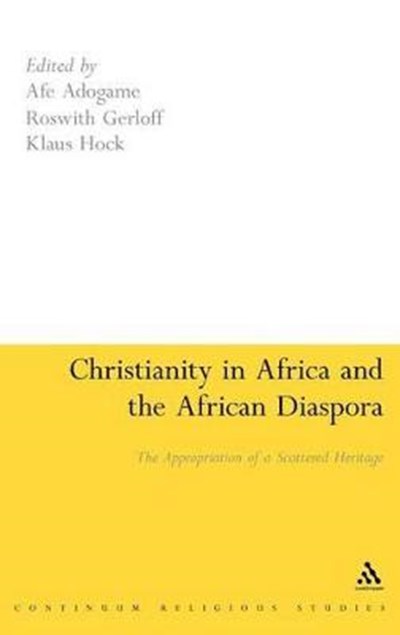 Christianity in Africa and the African Diaspora

The Appropriation of a Scattered Heritage

QTY
Add to Basket
Publisher: Bloomsbury Publishing PLC
ISBN: 9781847063175
Number of Pages: 368
Published: 13/11/2008
Width: 15.6 cm
Height: 23.4 cm
Description Author Information Reviews
The rapid development of African Christianity and its offshoots in the Diaspora is rooted in colonial history and resistance to oppression, exploitation and slavery.Christianity in Africa and the African Diaspora offers new resources for the interpretation and analysis of African Christian movements. It draws attention to a number of key issues, including the translatability of the Christian faith, the process of contextualization in various cultures, the place and role of indigenous agencies, the global impact of contemporary African Christian expressions, its influence on ecumenical relations and inter-religious encounters, and its way of shaping new religious identities and landscapes in response to power relations and artificial boundaries. Topics covered include the concept of diaspora, deconstructing colonial mission, conversion, African cosmologies, African retentions, female leadership dynamics, liberation theology, a new discourse around HIV/AIDS, transnational religious networks, pentecostal/charismatic movements, charismatic renewal within former mission churches, dynamics of reverse mission, outreach via cyberspace, specific studies on Anglican, Baptist, Adventist and Kimbanguist missions, and the need for intercultural and interdenominational bridge building.

Afe Adogame is Lecturer in World Christianity and Religious Studies at the University of Edinburgh, Scotland. Roswith Gerloff is Founding Director of the Centre for Black and White Christian Partnership, Birmingham and Senior Research Fellow/Lecturer at Leeds University, UK. Klaus Hock is Professor of the History of Religions at the University of Rostock, Germany.

'Its strength is the variety of topics covered, the differences in perspectives, even disciplines, and the number of authors, many from Africa who have not yet published widely.'--Sanford Lakoff