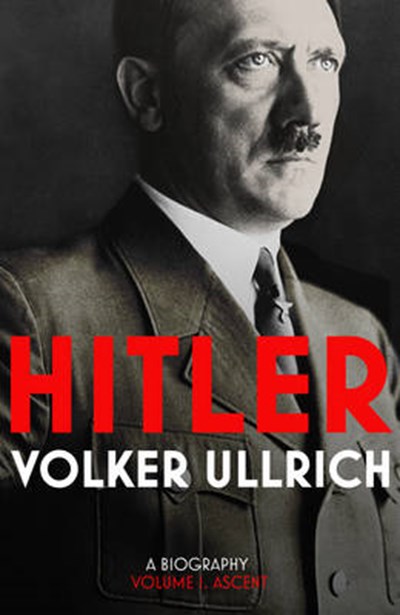 Publisher: Vintage Publishing
ISBN: 9781847922854
Number of Pages: 1008
Published: 03/03/2016
Width: 16.2 cm
Height: 24 cm
Description Author Information Reviews
Selected as a Book of the Year by the New York Times, Times Literary Supplement and The Times Despite his status as the most despised political figure in history, there have only been four serious biographies of Hitler since the 1930s. Even more surprisingly, his biographers have been more interested in his rise to power and his methods of leadership than in Hitler the person: some have even declared that the Fuhrer had no private life. Yet to render Hitler as a political animal with no personality to speak of, as a man of limited intelligence and poor social skills, fails to explain the spell that he cast not only on those close to him but on the German people as a whole. In the first volume of this monumental biography, Volker Ullrich sets out to correct our perception of the Fuhrer. While charting in detail Hitler's life from his childhood to the eve of the Second World War against the politics of the times, Ullrich unveils the man behind the public persona: his charming and repulsive traits, his talents and weaknesses, his deep-seated insecurities and murderous passions. Drawing on a wealth of previously neglected or unavailable sources, this magisterial study provides the most rounded portrait of Hitler to date. Ullrich renders the Fuhrer not as a psychopath but as a master of seduction and guile - and it is perhaps the complexity of his character that explains his enigmatic grip on the German people more convincingly than the cliched image of the monster. This definitive biography will forever change the way we look at the man who took the world into the abyss.

Volker Ullrich is a historian and journalist whose previous books include biographies of Bismarck and Napoleon, as well as a major study of Imperial Germany, The Nervous Superpower 1871-1918. From 1990 to 2009, Ullrich was the editor of the 'Political Book' review section of the influential weekly newspaper, Die Zeit. On publication in Germany in 2013, Hitler: Ascent 1889-1939 became a top ten bestseller.