Chamberlain, Churchill and the Road to War 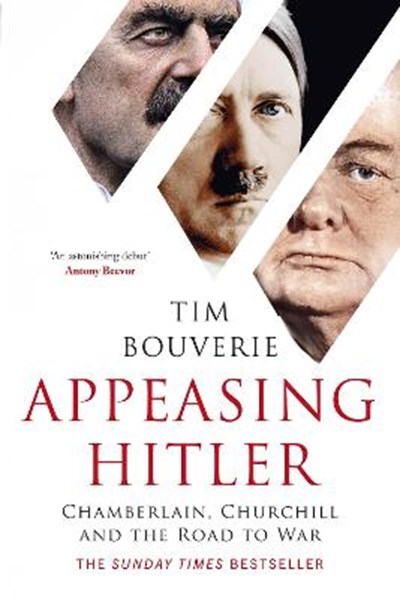 Chamberlain, Churchill and the Road to War

Publisher: Vintage Publishing
ISBN: 9781847924407
Number of Pages: 512
Published: 18/04/2019
Width: 16.2 cm
Height: 24 cm
Description Author Information Reviews
**SUNDAY TIMES BESTSELLER** 'One of the most promising young historians to enter our field for years' Max Hastings 'Appeasing Hitler is...astonishingly accomplished' Antony Beevor 'Excellent' Andrew Roberts On a wet afternoon in September 1938, Neville Chamberlain stepped off an aeroplane and announced that his visit to Hitler had averted the greatest crisis in recent memory. Less than a year later, Germany invaded Poland and the Second World War began. Appeasing Hitler is a compelling new narrative history of the disastrous years of indecision, failed diplomacy and parliamentary infighting that enabled Nazi domination of Europe. Beginning with the advent of Hitler in 1933, it sweeps from the early days of the Third Reich to the beaches of Dunkirk. Bouverie takes us into the backrooms of 10 Downing Street and Parliament, where a small group of rebellious MPs, including the indomitable Winston Churchill, were among the few to realise that the only choice was between 'war now or war later'. Drawing on deep archival research, including previously unseen sources, Appeasing Hitler is not only eye-opening history but a timeless lesson on the challenges of standing up to aggression and authoritarianism - and the calamity that results from failing to do so that feels ever more relevant in today's fractious political climate. 'Brilliant and sparkling ... reads like a thriller. I couldn't put it down' Peter Frankopan

Tim Bouverie read history at Christ Church, Oxford. From 2013-2017 he was a political journalist at Channel 4 News, where he worked alongside Michael Crick, as his producer, and covered all major political events, including both the 2015 and 2017 General Elections and the EU Referendum. He regularly reviews history and politics books, and has written for the Spectator, Observer and Daily Telegraph. He has also for the last five years worked at the Chalke Valley History Festival as an interviewer.