How we can recover our bond with the natural world 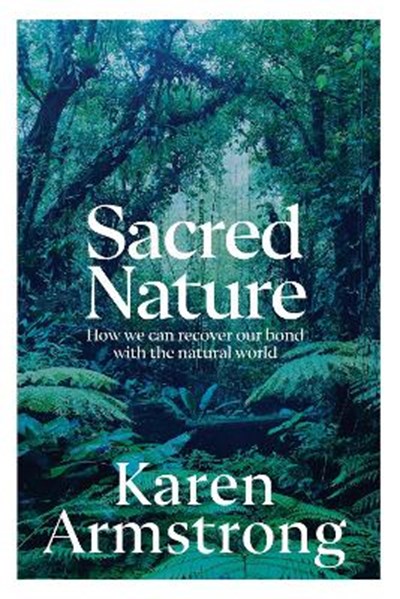 How we can recover our bond with the natural world

QTY
Add to Basket
Publisher: Vintage Publishing
ISBN: 9781847926883
Number of Pages: 256
Published: 30/06/2022
Width: 14.4 cm
Height: 22.2 cm
Description Author Information Reviews
'Filled with a timeless wisdom and deep humanity' - Guardian 'KAREN ARMSTRONG IS A GENIUS' - A.N. Wilson, author of The Victorians and Winnie and Wolf In this hugely powerful book, Karen Armstrong argues that if we want to avert environmental catastrophe, it is not enough to change our behaviour: we need to learn to think and feel differently about the natural world - to rekindle our spiritual bond with nature. For most of human history, and in almost all the world's cultures, nature was believed to be sacred, and our God or gods to be present everywhere in the natural world. When people in the West began to separate God and nature in modern times, it was not just a profound breach with thousands of years of accumulated wisdom: it also set in train the destruction of the natural world. Taking themes that have been central to the world's religious traditions - from gratitude and compassion to sacrifice and non-violence - Armstrong offers practical steps to help us develop a new mindset to reconnect with nature and rekindle our sense of the sacred. Sacred Nature reveals the most profound connections between humans and the natural world. It speaks to anyone interested in our relationship with nature, worried about the destruction of our environment, and searching for new ways of thinking to shape the action needed to save our planet. 'One of our best living writers on religion' Financial Times 'Karen Armstrong is one of the handful of wise and supremely intelligent commentators on religion' Alain de Botton

Karen Armstrong is one of the world's leading commentators on religious affairs. She spent seven years as a Roman Catholic nun but left her teaching order in 1969 to read English at St Anne's College, Oxford. In 1982, she became a full-time writer and broadcaster. She is the author of sixteen books and has been awarded with honours and prizes across the globe, including the British Academy's inaugural Nayef Al-Rodhan Prize for improving transcultural understanding in 2013.