Erebus: The Story of a Ship 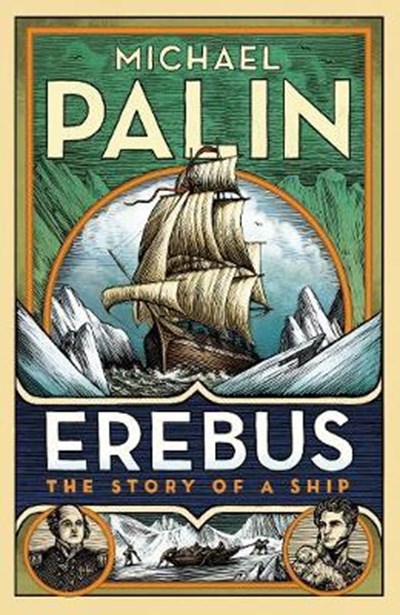 Erebus: The Story of a Ship

Publisher: Cornerstone
ISBN: 9781847948120
Number of Pages: 352
Published: 20/09/2018
Width: 16.2 cm
Height: 24 cm
Description Author Information Reviews
____________________________________ BBC RADIO 4 BOOK OF THE WEEK THE SUNDAY TIMES BESTSELLER ____________________________________ HMS Erebus was one of the great exploring ships, a veteran of groundbreaking expeditions to the ends of the Earth. In 1848, it disappeared in the Arctic, its fate a mystery. In 2014, it was found. This is its story. ____________________________________ 'Beyond terrific. I didn't want it to end.' - Bill Bryson ____________________________________ Michael Palin - Monty Python star and television globetrotter - brings the remarkable Erebus back to life, following it from its launch in 1826 to the epic voyages of discovery that led to glory in the Antarctic and to ultimate catastrophe in the Arctic. The ship was filled with fascinating people: the dashing and popular James Clark Ross, who charted much of the 'Great Southern Barrier'; the troubled John Franklin, whose chequered career culminated in the Erebus's final, disastrous expedition; and the eager Joseph Dalton Hooker, a brilliant naturalist - when he wasn't shooting the local wildlife dead. Vividly recounting the experiences of the men who first set foot on Antarctica's Victoria Land, and those who, just a few years later, froze to death one by one in the Arctic ice, beyond the reach of desperate rescue missions, Erebus is a wonderfully evocative account of a truly extraordinary adventure, brought to life by a master explorer and storyteller. ____________________________________ 'Thoroughly absorbs the reader. . . Carefully researched and well-crafted, it brings the story of a ship vividly to life.' - Sunday Times 'This is an incredible book. I couldn't put it down. The Erebus story is the Arctic epic we've all been waiting for.' - Nicholas Crane 'Palin is a superb stylist, low-key and conversational, who skillfully incorporates personal experience. He turns up obscure facts, reanimates essential moments, and never shies away from taking controversial positions. This beautifully produced volume - colour plates, outstanding maps - is a landmark achievement.' - Ken McGoogan, author of Fatal Passage 'I absolutely loved it: I had to read it at one sitting . . . Fascinating.' - Lorraine Kelly, ITV Lorraine 'Magisterial . . . Brings energy, wit and humanity to a story that has never ceased to tantalise people since the 1840s.' - The Times

Michael Palin has written and starred in numerous TV programmes and films, from Monty Python and Ripping Yarns to The Missionary and The Death of Stalin. He has also made several much-acclaimed travel documentaries, his journeys taking him to the North and South Poles, the Sahara Desert, the Himalayas, Eastern Europe and Brazil. His books include accounts of his journeys, novels (Hemingway's Chair and The Truth) and several volumes of diaries. From 2009 to 2012 he was president of the Royal Geographical Society. He received a BAFTA fellowship in 2013, and a knighthood in the 2019 New Year Honours list. He lives in London.