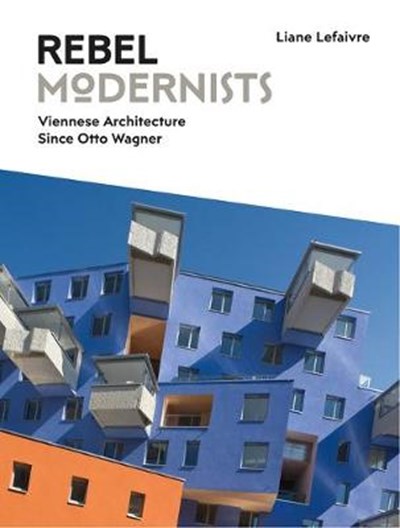 QTY
Add to Basket
Publisher: Lund Humphries Publishers Ltd
ISBN: 9781848222052
Number of Pages: 336
Published: 20/04/2017
Width: 19 cm
Height: 25 cm
Description Author Information Reviews
Set within the fascinating cultural and political world of Vienna from the fin-de-siecle to the present day, this book provides an insightful analysis of the city's extraordinarily rich architectural tradition. Since 1900, Vienna has produced many great architects and their work includes some of the finest masterpieces of the twentieth century, such as Otto Wagner's Stadtbahn stations, his Postsparkasse and his Majolica House, Adolf Loos's American Bar and Goldman & Salastch, the Secession building by Joseph Maria Olbrich and Josef Hoffmann's Palais Stoclet. Beautifully illustrated with paintings, drawings and photographs, the book stresses the importance of the highly polarized cultural politics that engulfed Vienna and produced much of what is modern in every field of culture and science. It shows how leading cultural figures such as Freud, Mahler, Schoenberg, Klimt and Twain encouraged a `rebellious' architecture, which continued in later eras with the Wiener Gruppe, amongst others. The book also relates architectural history to the political economy that has shaped Vienna and highlights the relatively unknown tradition of Viennese social housing, initiated by social democratic Red Vienna in the 1920s. Today, 60% of Vienna's population lives in the most successful social housing in the world, which has proved to be an important factor in stimulating the successful economy of the country as a whole.

Liane Lefaivre is Professor and Chair of Architectural History and Theory at the University of Applied Arts in Vienna, Austria. She has been a visiting Fellow at MIT and the National University of Singapore and is a researcher at the Technical University of Delft.