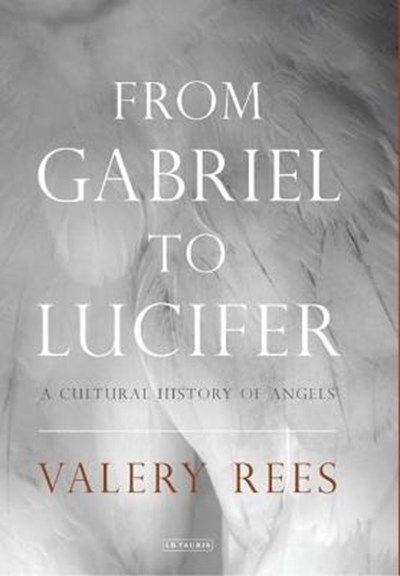 QTY
Add to Basket
Publisher: Bloomsbury Publishing PLC
ISBN: 9781848853720
Number of Pages: 288
Published: 04/12/2012
Width: 15.5 cm
Height: 22.8 cm
Description Author Information Reviews
'Fiery the angels fell; slow thunder rolled around their shores, burning with the fires of Orc.' Whether in recent popular culture, or back across countless centuries, angels have perpetually enthralled and even terrified us. 'Every single angel is terrible,' wrote the German Romantic poet Rilke: 'and so I hold myself back from the dark bird-cry of my anguished sobbing.' For sceptics, angels may be no more than metaphors: poetic devices to convey, at least for those with a religious sensibility, an active divine interest in creation. But for others, angels are absolutely real creatures: manifestations of cosmic power with the capacity either to enlighten or annihilate those whose awestruck paths they cross. Valery Rees offers the first comprehensive history of these beautiful, enigmatic and sometimes dangerous beings, whose existence and actions have been charted across the eons of time and civilization. Whether exploring the fevered visions of Ezekiel and biblical cherubim; Persian genii; Arab djinn; Islamic archangels; the austere and haunting icons of Andrei Rublev; or Wim Wenders' Wings of Desire and the more benign idea of the watchful guardian angel, the author shows that the ubiquity of these celestial messengers reveals something profound, if not about God or the devil, then about ourselves: our perennial preoccupation with the transcendent.

A prominent scholar of the Renaissance, Valery Rees is a Senior Member of the School of Economic Science in London. She co-edited Marsilio Ficino: His Theology, His Philosophy, His Legacy (2002), and has featured as a regular panellist on BBC Radio 4's flagship ideas programme, In Our Time.

'Whether as mediators between the divine and human, or involved in the complex intertwining of good and evil, angels form a central part of human culture. In her fascinating book, From Gabriel to Lucifer, Valery Rees offers her readers a tantalising glimpse of the multi-faceted role angels have played in religion and history. She thereby helps restore to a more prominent position this much-neglected feature of human experience.' - Christopher Rowland, Dean Ireland's Professor of the Exegesis of Holy Scripture, University of Oxford, and author of Blake and the Bible 'Our fascination with angels and the angelic seems to go from strength to strength, and in her readable new book Valery Rees provides a lively and engaging account of why that is. Thoughtful and intelligent throughout, From Gabriel to Lucifer is a thorough and thought-provoking guide to the role of angels in many of the world's religions and cultures.' - Oliver Leaman, Professor of Philosophy and Zantker Professor of Judaic Studies, University of Kentucky 'This work of deep learning traces the idea of angelic beings through the history of the religions of the Book, and the cultures from which they emerged. Speculations so widespread and of such duration and elaboration plainly represent some general need or intuition; the book is an angel in itself, bringing us a message about human attempts to imagine and comprehend the mysterious universe we live in.' - Jill Paton Walsh, CBE, author of Knowledge of Angels (shortlisted for the Booker Prize, 1994) 'I very much enjoyed Valery Rees' From Gabriel to Lucifer. It is a terrific read: an absorbing account of angels across world history, ancient and modern. The author manages to find comparisons and connections in civilisations which appear to be quite different, and presents what could seem as merely antique speculations in a fresh and most thoughtful way. She gives us visions of worlds in which angels played their part as much as we now reckon that particles do today. She brings to life an aspect of our past often forgotten or dismissed but compellingly relevant to the worldview of those who lived only a few centuries ago.' - Melvyn Bragg