The Populist Revolt and the Future of Politics 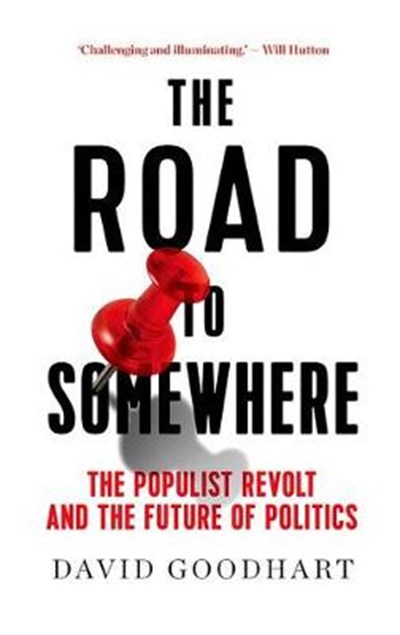 The Populist Revolt and the Future of Politics

QTY
Add to Basket
Publisher: C Hurst & Co Publishers Ltd
ISBN: 9781849047999
Number of Pages: 256
Published: 23/03/2017
Width: 13.8 cm
Height: 21.6 cm
Description Author Information Reviews
***THE SUNDAY TIMES TOP TEN BESTSELLER*** A robust and timely investigation into the political and moral fault-lines that divide Brexit Britain and how a new settlement may be achieved. Several decades of greater economic and cultural openness in the West have not benefited all our citizens. Among those who have been left behind, a populist politics of culture and identity has successfully challenged the traditional politics of Left and Right, creating a new division: between the mobile 'achieved' identity of the people from Anywhere, and the marginalised, roots-based identity of the people from Somewhere. This schism accounts for the Brexit vote, the election of Donald Trump, the decline of the centre-left, and the rise of populism across Europe. David Goodhart's compelling investigation of the new global politics reveals how the Somewhere backlash is a democratic response to the dominance of Anywhere interests, in everything from mass higher education to mass immigration.

David Goodhart is the founding editor of Prospect magazine and one of the most distinctive voices on British politics today. He is currently head of the Demography, Immigration and Integration Unit at the think tank Policy Exchange, and was previously director of the centre-left think tank Demos. His last book The British Dream: Successes and Failures of Post-War Immigration (2013) was runner-up for the Orwell Prize in 2014 and was a finalist for 'Political Book of the Year' in the Paddy Power Political Book Awards.