Into the Foothills of Transformation 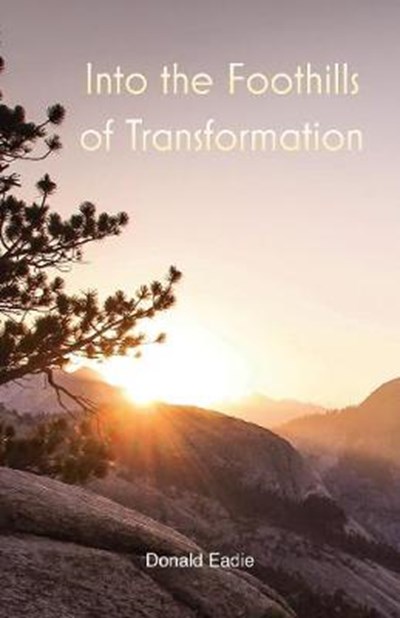 Into the Foothills of Transformation

Shortly after becoming Chairman of the Birmingham District of the Methodist Church, Donald Eadie was told that he had a degenerative disc disease. Following three major spinal operations, he was forced to retire, and to face the letting go of identity and role, feelings of marginalisation and abandonment – living with the death of the old life, and not being able to imagine a new one with meaning and purpose.

Jesuit priest and writer Gerard Hughes accompanied Donald during this time. ‘The borderlands are the place of exploration and discovery. They are the new centre,’ he said. And paradoxically, in time, Donald began to experience the move away from the centre of a busy life to the edge as a journey deeper into the heart of things.

‘There will be new companions,’ another wise old friend promised. And to Donald’s great surprise and joy this has been true.

Much of Donald’s time is now lived in ‘a loved room’, visited by people who are also pilgrims within the borderlands.

Into the Foothills of Transformation is a collection of Donald’s reflections and journal writings, and letters, prayers and poems.