Diversity and Change Since Vatican II 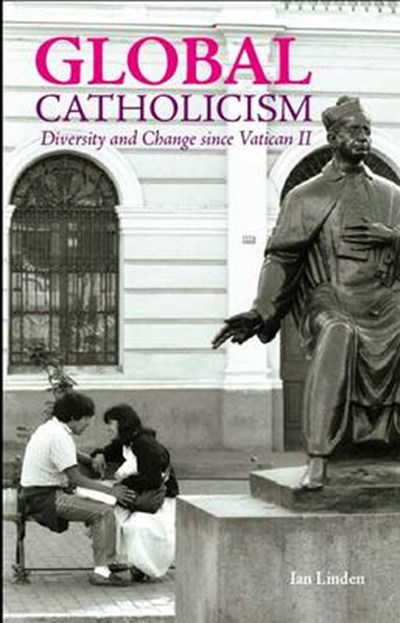 Diversity and Change Since Vatican II

Publisher: C Hurst & Co Publishers Ltd
ISBN: 9781850659563
Published: 23/02/2009
Description Author Information Reviews
"Global Catholicism" charts the complex history of the forces of renewal unleashed on the Roman Catholic Church by the Second Vatican Council and the counter-forces that were mobilised against it during the last half century. Ian Linden offers a comprehensive analysis of how much the Catholic Church has lived up to the Council's promise, come to terms with pluralism, modernity, and different forms of spirituality and become a genuinely world Church, the only competitor to global Islam in the twenty-first century. He focuses notably on changes that had wider historical importance than the internal evolution of the Roman Catholic Church as a religious organisation: war and peace, nationalism and democratisation in Africa, liberation theology, military dictatorships, guerrilla movements in Latin America, Africa and Philippines, interaction with communist governments, in culturation and relations with resurgent Islam.

Ian Linden is a professorial research associate at SOAS, University of London. A past director of the Catholic Institute for International Relations, a respected think-tank, he has been writing for Catholic periodicals and magazines for over forty years.

'Anyone in need of short but hugely well-informed account of where the Catholic Church is now in the early twenty-first century, and of how a truly global church emerged from the Euro-centred ambiguities of the Second Vatican Council, need seek no further than Ian Linden's book. Written with an unusual combination of intellectual energy and lucidity, Linden brings together the realism acquired over a lifetime's experience of the Church in globalized world with a theologically judicious diagnosis of its predicaments and agendas for the new century.'--Denys Turner, Horace Tracy Pitkin Professor of Historical Theology, Yale University 'Essential reading. In the author's usual lucid and racy style he takes us through the struggles that led up to, and dominated, the Second Vatican Council, as well as the conflicts and struggles in today's Church. He pulls no punches about such controversial issues as celibacy, liberation theology, inculturation, Islam and Roman domination. One of the greatest achievements of the book, though, is that it is not Eurocentric. Today's Church with its strengths and weaknesses is a global church and Linden is well-positioned to write about what is happening not only in Europe and North America but also in Latin America, Asia and Africa. Global Catholicism is singularly informative and enlightening - not least because it is boldly honest.'--Father Albert Nolan, South African Dominican, theologian and author of Jesus Before Christianity and Jesus Today: A Spirituality of Radical Freedom