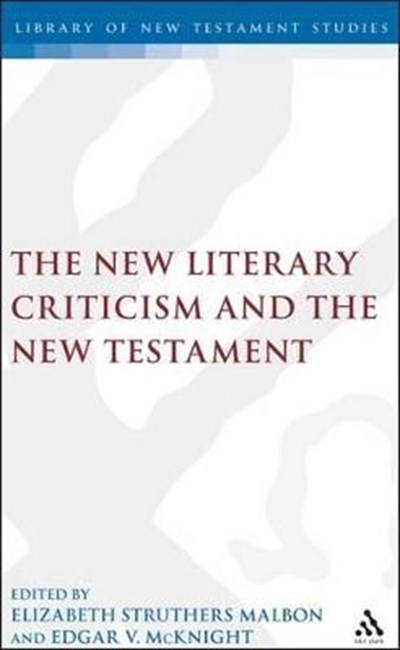 QTY
Add to Basket
Publisher: Bloomsbury Publishing PLC
ISBN: 9781850755104
Number of Pages: 400
Published: 01/10/1994
Width: 13.8 cm
Height: 21.6 cm
Description Author Information Reviews
This publication presents the rich variety of critical methodologies in contemporary literary study of the New Testament. The tradition of study represented in the essays lies at the conjunction of developments in biblical studies and literary criticism: (1) the exhaustion of New Testament historical criticism in general and redaction criticism in particular; (2) the waning of Formalist-New Critical approaches in literary study; and (3) the emphasis upon the text in terms of language and discourse as the 'free play of signifiers'. The essays deal with theory, exegesis, and their interdependence in this new literary context. However, contributions of earlier epochs in the history of literary criticism and New Testament study are integrated into current approaches. For example, the issue of reference originating in the mimetic theories of classical antiquity is raised implicitly and explicitly. Implications of literary study for theology are suggested. The relationship between redaction-critical and literary approaches is examined. Theoretical and exegetical essays growing out of feminist literary study are offered. Orality, allegory, deconstruction, ideology, sociological criticism, rhetorical criticism, narrative criticism, as well as other themes and methods are discussed in the essays' treatment of writings of the New Testament. A rich variety of critical methodologies in contemporary literary study of the New Testament

Elizabeth Struthers Malbon is Director and Professor, Religious Studies Program, Center for Interdisciplinary Studies, Virginia Polytechnic Institute and State University. Edgar V. McKnight is the William R. Kenan Jr. Professor of Religion Emeritus at Furman University. He is co-editor of The New Literary Criticism and the New Testament.His research and writings on hermeneutics and reader-oriented literary approaches to biblical texts has equipped him for the writing of this twenty-first century postmodern approach to the shaping of Jesus Christ.