'The Exile' as History and Ideology 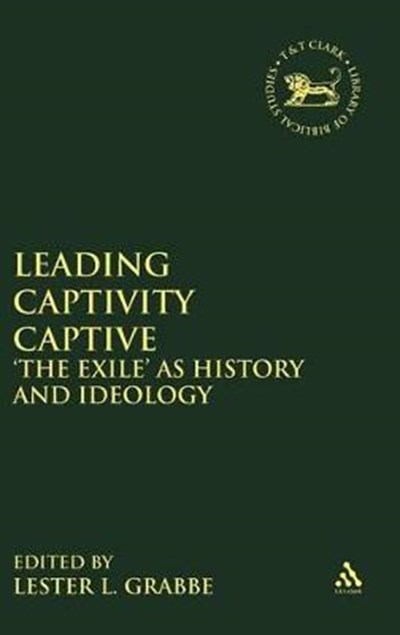 'The Exile' as History and Ideology

QTY
Add to Basket
Publisher: Bloomsbury Publishing PLC
ISBN: 9781850759072
Number of Pages: 170
Published: 01/09/1998
Width: 15.6 cm
Height: 23.4 cm
Description Author Information Reviews
In a methodological discussion of this issue, the contributors cover a range of topics, from ancient poltics to modern ideology. The entity known as 'the Exile' has had an extremely forceful influence in Old Testament scholarship, both as an event and as a symbol. But was there an 'Exile'? And if so, how did it fit into the pattern of population deportations that characterized the imperial strategies of the ancient Near East? In a major methodological discussion of this issue, the contributors to this symposium of the European Seminar in Historical Methodology cover a range of topics, from ancient politics to modern ideology. In probing the meaning and implication of 'Exile' they also reflect a spectrum of opinions and conclusions. As with Volume 1 of this series, the editor has provided an introduction and concluding reflections.

Lester L. Grabbe is Professor Emeritus of Hebrew Bible and Early Judaism at the University of Hull. He is founder and convenor of the European Seminar in Historical Methodology. A recent book is Ancient Israel:What Do We Know and How Do We Know it?