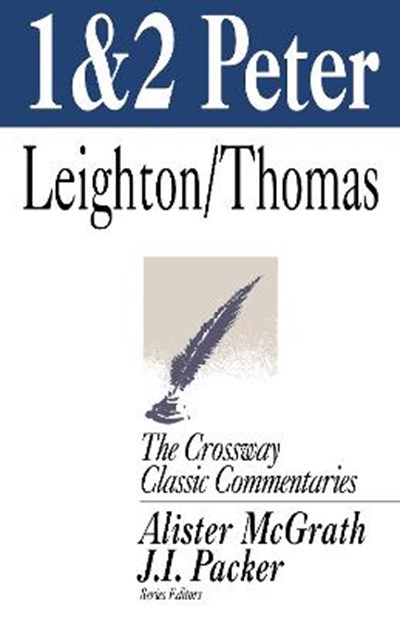 QTY
Add to Basket
Publisher: SPCK Publishing
ISBN: 9781856841870
Number of Pages: 288
Published: 01/05/1999
Height: 23 cm
Description Author Information Reviews
Addressed to persecuted believers, Peter's first letter encourages them with the knowledge that it is possible to live victoriously in the midst of hostility - just as Christ did. He exhorts them to live a holy life that they might be a witness and evangelize the world through their faithfulness. In his second epistle, Peter warns against more subtle dangers from within the church - false teachers and errant doctrine. He also emphasizes the importance of scriptural knowledge, for only in understanding true doctrine will heresies be known and immoral behaviour exposed. Robert Leighton's and Griffith Thomas's explorations of 1 and 2 Peter offer resounding wisdom that will both instruct and encourage all Christians.

Robert Leighton (1611-1684) was the archbishop of Glasgow and a Scottish Presbyterian minister. Griffith Thomas (1861-1924) was a leading evangelical writer and Anglican vicar of the central London parish of St. Paul's at the turn of the twentieth century.