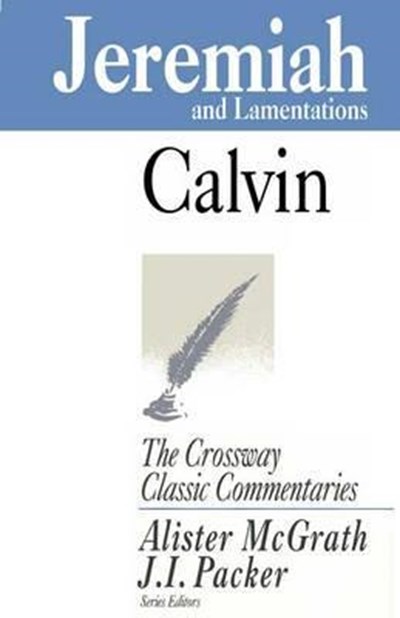 QTY
Add to Basket
Publisher: SPCK Publishing
ISBN: 9781856841962
Number of Pages: 288
Published: 19/05/2000
Height: 25 cm
Description Author Information Reviews
The prophet Jeremiah warned Judah for forty years of God's impending punishment for her flagrant disobedience of His commands. The many messages of judgment, though, were mixed with promises of the mercy Judah would receive if only she would repent. The weeping prophet lamented over the people's obstinacy and the resulting calamities, yet always reminded them of the hope they would find in God's compassion - and the restoration that would come in their repentance. Writing as if personally acquainted with the prophet, John Calvin explains Jeremiah's emphasis on God's mercy and kindness toward His chosen but erring people. Just as Jeremiah looked forward to the future messianic kingdom, Calvin's enthusiasm never wanes as he applies the prophet's teaching to both the church and individual Christians.

John Calvin (1509-1564) was perhaps the Reformation's most influential Bible teacher. Known best for his Institutes of the Christian Religion, he also wrote landmark expositions on most of the books in the Bible.