The Book of Genesis 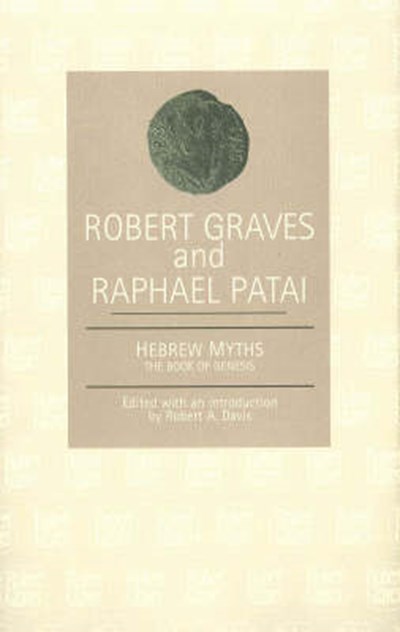 The Book of Genesis

Publisher: Carcanet Press Ltd
ISBN: 9781857546613
Number of Pages: 440
Published: 26/05/2005
Width: 13.5 cm
Height: 21.6 cm
Description Author Information Reviews
For thirty years Robert Graves and Raphael Patai, one raised a strict Protestant, the other a strict Jew, were close friends and collaborators. That collaboration culminating in the book "Hebrew Myths: The Book of Genesis"; 'we never disagreed on any question of fact or historical assessment'. They collected traditional Hebrew myths that amplify (and sometimes subtly change) stories found in the "Book of Genesis". They go beyond the Christian biblical and Judaic versions of Hebrew myth, and use midrashim, folk-tales, apocryphal texts and other sources to nuance, extend and complete the stories. 'Myths are dramatic stories that form a sacred charter either authorising the continuance of ancient institutions, customs, rites and beliefs in the area where they are current, or approving alterations,' says the introduction. Those are the very myths that lie at the base of all the great Semitic monotheistic religions, the myths from which so many of our own structures and concerns spring. Part of the mission of this book is to see through from the authorised Bible texts to the suppressed and censored pre-Biblical accounts. Patai and Graves approach their subject with firm scholarship and informed inference, and as we read we become aware of shadows, colours, intensities, coming back into stories we thought we knew. Like Graves's celebrated "The Greek Myths", to which "Hebrew Myths" serves as a companion volume, this is an invaluable source book and reference tool, but it is also a fascinating text to read sequentially. From it emerges a rich sense of a culture in the making, a culture consisting of oral and literary traditions, where the spiritual is deeply rooted in landscape and history.

Robert Graves (1895-1985), poet, classical scholar, novelist, and critic, was one of the gratest writers of the 20th Century. Athough he produced over 100 books he is perhaps best known for the novel I, CLAUDIUS (1934),THE WHITE GODDESS (1948) and GREEK MYTHS (1955). Robert Graves was born in Wimbledon, south London. His father, Alfred Percival Graves, was a school inspector, and his mother, Amalie von Ranke Graves, was a great-niece of the German historian Leopold von Ranke (1795-1866). He was educated at Charterhouse, and awarded a B.Litt by St. John's College, Oxford after his return from World war I, where he served alsongside Siegfried Sassoon. Robert Graves died in 1985 in Deja, the Majorcan village he had made his home (with the exception of the Spanish civil war and the Second World War) since 1929.

'There is eloquence, wit and a formal shapeliness in abundance from first to last.' - Michael Glover, Financial Times. 'While poetry schools came and went, Graves went on writing until his death in 1985, in an elegant, classically inspired style.' - Andrew Crumey, Scotland on Sunday. No one else offers his precise combination of eroticism, nightmare and epigram.' - Sean O'Brien, The Guardian.