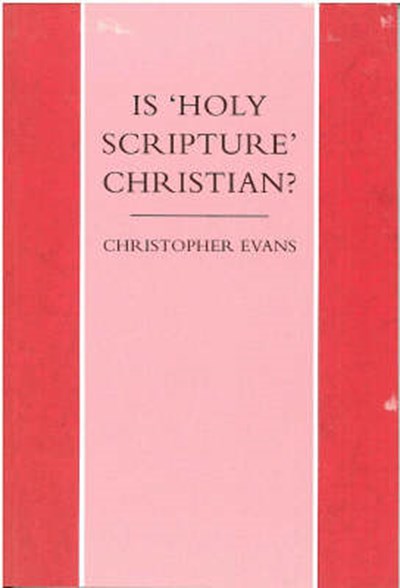 Join now Find out more
Publisher: SCM Press
ISBN: 9781859310281
Published: 01/11/1994
Description Author Information Reviews
Is it, after all, obvious that the Christian church was meant to have a holy scripture in the sense of the Old Testament, which it succeeded in demoting but which it fatally took as a model? It should be granted that the written text is strong precisely where tradition is weak, and that as a fixed text it is less prone to corruption and more capable of acting as a purge, but these need be no more than debating points, as good in their way as the debating points from the other side, that it is the church which decided the canon and that scripture does not interpret itself. Is it necessary for them to be blown up into a doctrine of holy authoritative scripture? It is to be granted also that such a scripture has effected reform in the church, notably at the Reformation, though not without grave distortion, for the Reformation was nowhere more disastrous than in its belief that it had achieved a fixed doctrine of the position of scripture in the church. Is it to be assumed automatically that what scripture has done before it will necessarily do again, and that in its make-up it is fitted for this? Has not reform in our own time come from other sources, and included not only reform by the word of God but reform of the word of God?