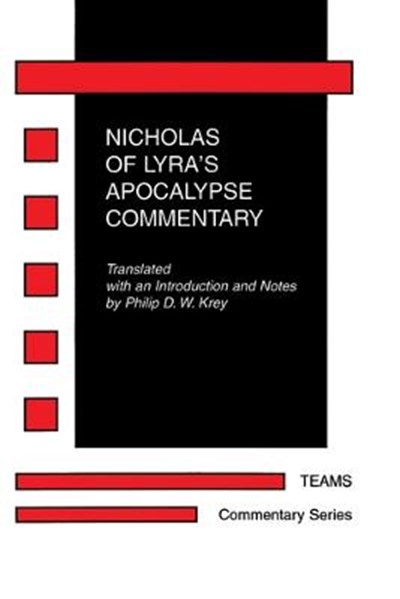 Publisher: Medieval Institute Publications
ISBN: 9781879288782
Number of Pages: 250
Published: 01/07/1997
Description Author Information Reviews
Surveys of the history of biblical exegesis and, in particular, the history of Apocalypse commentaries rarely fail to allude to Nicholas of Lyra O.F.M. (1270-1349) as the greatest biblical exegete of the fourteenth century. Late medieval and Reformation verses were written about him. Nicholas was born in the town of Lyre, near Evreux in Normandy. Since Evreux was a center of Jewish studies, he was able to cultivate his interest in Hebrew and to become thoroughly acquainted with the Talmud, Midrash, and the works of Rashi (Solomon ben Issac, 1045-1105). Lyra's attraction to Rashi's literal method would have a profound influence on his exegetical style.

Philip D. W. Krey was the President of the Lutheran Theological Seminary at Philadelphia. His research interests include biblical interpreation and medieval theology.