A Life of Donald Soper 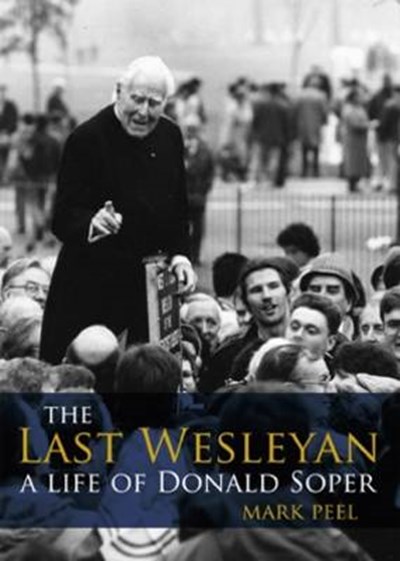 A Life of Donald Soper

QTY
Add to Basket
Publisher: Scotforth Books
ISBN: 9781904244486
Published: 16/10/2008
Description Author Information Reviews
Throughout his remarkably long and distinguished career, Donald Soper [1903-1998] wasn't only the leading Methodist of the twentieth century, he was also one of Britain's most colourful and controversial churchmen. Endowed with a commanding physical presence and inestimable gifts, Soper, following his ordination in 1929, enjoyed a gilded path to prominence, becoming Superintendent of the West London Mission in 1936, President of the Methodist Conference in 1953, Alderman of the London County Council in 1958 and the first Nonconformist minister to be appointed to the House of Lords in 1965. He was also a consummate media performer, a prolific columnist for "Tribune" and, arguably, the greatest open-air evangelist since John Wesley, the founder of Methodism.From his various stamping-grounds at Tower Hill and Speakers' Corner as well as the television studio, Soper was adept at attracting public attention and ensuring the Church a voice on all contemporary matters, yet his descent into the political arena came at a cost. His fervent pacifist convictions saw him banned from broadcasting during the Second World War, while his maverick personality and unorthodox beliefs made him a divisive figure within the Methodist Church. Even within the Labour Party, Soper remained something of an outsider, his refusal to compromise keeping him at arm's length from the leadership. By the time of his death, Donald Soper seemed a throwback to a bygone age, victim of secular forces and market economics.And yet for all Soper's disappointments in later years, it would be wrong to dismiss his career as a failure. Not only did his lifelong battle on behalf of the underdog help usher in a more open and tolerant society, his broad-based Christianity embracing social evangelism and practical reform offers a stark lesson to the Church of today as it struggles to find a voice in secular Britain.

After Harrow and Edinburgh University where he read History, Mark Peel was an Assistant Master at Fettes College between 1983 and 2007. Aside from his teaching of History, he ran the Politics Department and was a regular contributor to Chapel.His previous books include England Expects: A Life of Ken Barrington [winner of the 1993 Cricket Society Literary Award], The Land of Lost Content: A Biography of Anthony Chenevix-Trench, Cricketing Falstaff: A Biography of Colin Milburn and The Last Roman: A Biography of Colin Cowdrey. He is currently writing a biography of Shirley Williams.