Lay Presidency at the Eucharist? 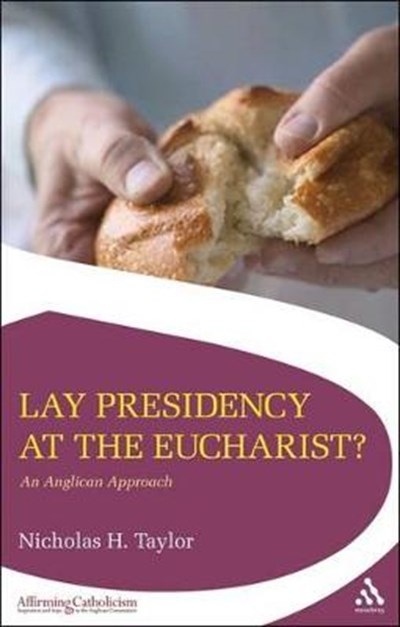 Lay Presidency at the Eucharist?

QTY
Add to Basket
Publisher: Bloomsbury Publishing PLC
ISBN: 9781906286187
Number of Pages: 336
Published: 21/05/2009
Width: 13.8 cm
Height: 21.6 cm
Description Author Information Reviews
Nicholas Taylor provides an Anglican theological approach to the controversial questions surrounding the demand for allowing lay ministers to preside at the Eucharist. This is a pressing issue thoroughly reviewed and addressed.The demand for allowing lay ministers to preside at the Eucharist has become a pressing issue in many churches, not only in Anglicanism. Within the Anglican Communion, this issue seems to be potentially divisive as most provinces refuse to accept lay presidency, but some - as the Archdiocese of Sydney - are discussing schemes to introduce it.In "Lay Presidency at the Eucharist" an Anglican theological approach to controversial questions is articulated. Taylor investigates in particular what allegiance to Scripture entails, and how its authority is to be applied in the Church today. The evidence of the New Testament and early Church on the Eucharist and ministry, and how critical scholarship relates to the authority of Scripture in the life of the Church, are explored, whilst the Reformation and subsequent developments in Anglican theology and Eucharistic practice are considered. Pressure to authorize lay presidency is largely a response to a shortage of clergy to meet demand for Eucharistic worship, and alternative provision for this need is discussed, before going on to consider specific schemes. The theological issues, to do with the Church, the Eucharist, and the ministry, are reviewed, and outstanding questions identified."Affirming Catholicism" is a progressive movement in the Anglican Church, drawing inspiration and hope from the Catholic tradition, confident that it will bear the gifts of the past into the future. The books in this series aim to make the Catholic element within Anglicanism once more a positive force for the Gospel, and a model for effective mission today.

Nicholas Taylor is Canon Theologian of Mutare Cathedral and Research Fellow in Theology of the University of Zululand. He has taught in universities and theological training institutions in the UK and in southern and central Africa. He is author of Paul, Antioch and Jerusalem (LNTS 66, 1992).

'The drastic rupture of the traditional Anglican ministerial discipline in the election and consecration of the present Episcopal bishop of New Hampshire has tended to eclipse the equally drastic rupture of Anglican tradition championed by the diocese of Sydney, namely to allow lay presidency at the eucharist. Nicholas Taylor's thorough discussion of the questions and implications of lay presidency is a timely contribution to this vexed debate.' - Bryan D. Spinks, Yale Divinity School and Yale Institute of Sacred Music, New Haven, CT, USAv--Sanford Lakoff