A Gallimaufry of Musical Memories 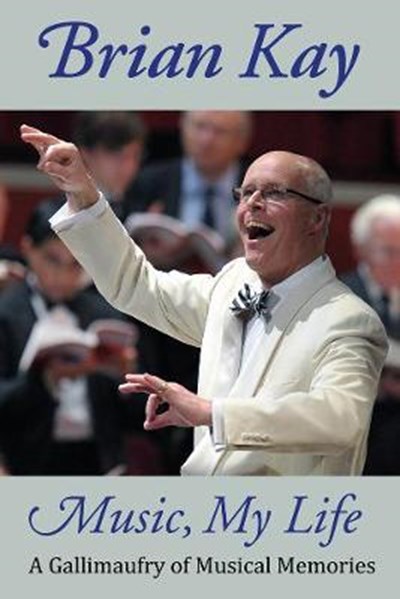 A Gallimaufry of Musical Memories

Publisher: Umbria Press
ISBN: 9781910074312
Published: 29/10/2020
Description Author Information Reviews
Brian Kay has spent his entire working life in a career that is both successful and rewarding. His fascinating collection of memories and anecdotes throws a hugely entertaining light on a life entirely devoted to the joy of music and music-making. He was the founder bass of the internationally renowned vocal group The King's Singers, spent the next 25 years writing and presenting thousands of programmes for BBC Radios - his own Brian Kay's Sunday Morning on Radio 3 to such Radio 2 favourites as Friday Night is Music Night and Melodies for You. He then moved back to the open spaces of the concert hall, conducting choral and orchestral concerts all over the world, including his annual 4000-voice Really Big Chorus Messiah from Scratch in London's Royal Albert Hall. He has been the lowest frog on a Paul McCartney single and a member of the backing group for Pink Floyd. Brian Kay recounts his fascinating life in intimate and amusing detail, sharing with us his great love of life and his abiding passion for music.

Brian Kay was born in 1944 and was a choral scholar at King's College, Cambridge, co-founded The King's Singers and has shared his life between the studios of BBC radio and television and the concert halls of the world as a choral and orchestral conductor. Brian is married to the soprano Gillian Fisher, has a son, a daughter and three grandchildren, and lives in the Cotswolds, Oxfordshire.