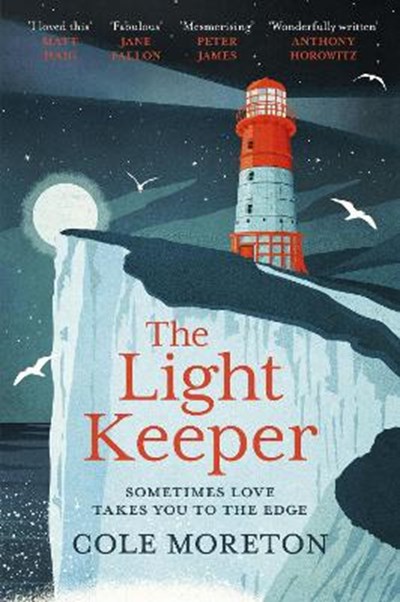 QTY
Add to Basket
Publisher: SPCK Publishing
ISBN: 9781910674574
Number of Pages: 224
Published: 15/08/2019
Width: 15.6 cm
Height: 23.4 cm
Description Author Information Reviews
'The Light Keeper' is the debut novel by award-winning writer Cole Moreton. It is a story of faith and hope that follows themes of depression, love and loss, and redemption. Rich in prose throughout and written with sensitivity, Cole writes about difficult issues and themes with human warmth. Set in the South Coast of England, amongst the setting of Beachy Head and the South Downs National Park, 'The Light Keeper' contains compelling twists that keep the reader invested and guessing until the very end. Moreton explores the intimacy of relationships through husband and wife, Jack and Sarah. Sarah has run away from home to this wild, beautiful place to make a decision that is, for her, truly a matter of life and death. Pursued by Jack, he is desperate to find her on these hills before it is too late as the number of men and women going over the cliff edge has ominously increased of late. But does the secret lie with the Keeper who live alone in the old lighthouse, a few steps from the four-hundred-foot drop in this gorgeous, terrifying place? Cole Moreton's profound novel has endorsements from many respected authors from Matt Haig to Jane Fallon to Anthony Horrowitz.

Cole Moreton is an award-winning writer and broadcaster who has written for The Guardian, The Telegraph and many other publications. He makes documentaries for BBC Radio 4 and was named Interviewer of the Year at the Press Awards for his work with the Mail on Sunday. Cole lives near Beachy Head on the south coast of England and spends as much time as possible staring out to sea. This is his debut novel. that discusses themes of depression.