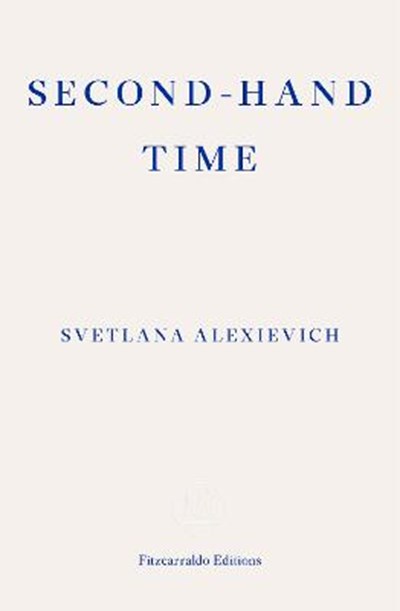 QTY
Add to Basket
Publisher: Fitzcarraldo Editions
ISBN: 9781910695111
Number of Pages: 704
Published: 23/05/2016
Width: 19.7 cm
Height: 12.5 cm
Description Author Information Reviews
Second-hand Time is the latest work from Svetlana Alexievich, winner of the 2015 Nobel Prize in Literature for inventing 'a new kind of literary genre'. Here she brings together the voices of dozens of witnesses to the collapse of the USSR in a formidable attempt to chart the disappearance of a culture and to surmise what new kind of man may emerge from the rubble. Fashioning a singular, polyphonic literary form by combining extended individual monologues with a collage of voices, Alexievich creates a magnificent requiem to a civilization in ruins, a brilliant, poignant and unique portrait of post-Soviet society out of the stories of ordinary women and men.

Svetlana Alexievich was born in Ivano-Frankovsk in 1948 and has spent most of her life in the Soviet Union and present-day Belarus, with prolonged periods of exile in Western Europe. Starting out as a journalist, she developed her own non-fiction genre which brings together a chorus of voices to describe a specific historical moment. Her works include The Unwomanly Face of War (1985), Last Witnesses (1985), Boys in Zinc (1991), Chernobyl Prayer (1997) and Second-hand Time (2013). She has won many international awards, including the 2015 Nobel Prize in Literature for 'her polyphonic writings, a monument to suffering and courage in our time'.