On Mazes and Labyrinths 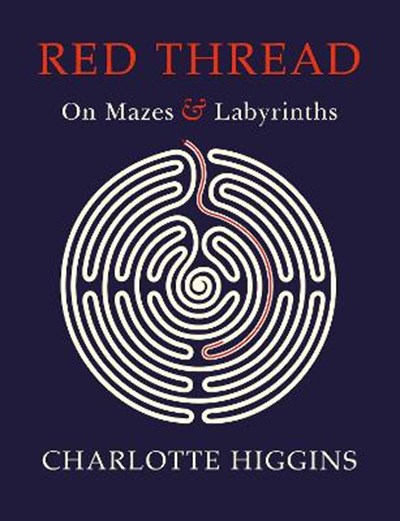 On Mazes and Labyrinths

QTY
Add to Basket
Publisher: Vintage Publishing
ISBN: 9781910702390
Number of Pages: 224
Published: 02/08/2018
Width: 20.4 cm
Height: 25.4 cm
Description Author Information Reviews
'Charlotte Higgins's Red Thread is a masterwork' - Ali Smith **BBC RADIO 4 BOOK OF THE WEEK** **WINNER OF THE 2019 ARNOLD BENNETT PRIZE** The tale of how the hero Theseus killed the Minotaur, finding his way out of the labyrinth using Ariadne's ball of red thread, is one of the most intriguing, suggestive and persistent of all myths, and the labyrinth - the beautiful, confounding and terrifying building created for the half-man, half-bull monster - is one of the foundational symbols of human ingenuity and artistry. Charlotte Higgins, author of the Baillie Gifford-shortlisted Under Another Sky, tracks the origins of the story of the labyrinth in the poems of Homer, Catullus, Virgil and Ovid, and with them builds an ingenious edifice of her own. She follows the idea of the labyrinth through the Cretan excavations of Sir Arthur Evans, the mysterious turf labyrinths of Northern Europe, the church labyrinths of medieval French cathedrals and the hedge mazes of Renaissance gardens. Along the way, she traces the labyrinthine ideas of writers from Dante and Borges to George Eliot and Conan Doyle, and of artists from Titian and Velazquez to Picasso and Eva Hesse. Her intricately constructed narrative asks what it is to be lost, what it is to find one's way, and what it is to travel the confusing and circuitous path of a lived life. Red Thread is, above all, a winding and unpredictable route through the byways of the author's imagination - one that leads the reader on a strange and intriguing journey, full of unexpected connections and surprising pleasures.

Charlotte Higgins's previous books include the acclaimed Under Another Sky: Journeys in Roman Britain, which was shortlisted for awards including the Samuel Johnson (now Baillie Gifford) Prize for non-fiction, and Red Thread, which was a Radio 4 Book of the Week and won the Arnold Bennett Prize 2019. She is chief culture writer of the Guardian, a past winner of the Classical Association prize, and a fellow of the Society of Antiquaries. She lives in London.