Fighting on All Fronts

John Rothenstein in the Art World 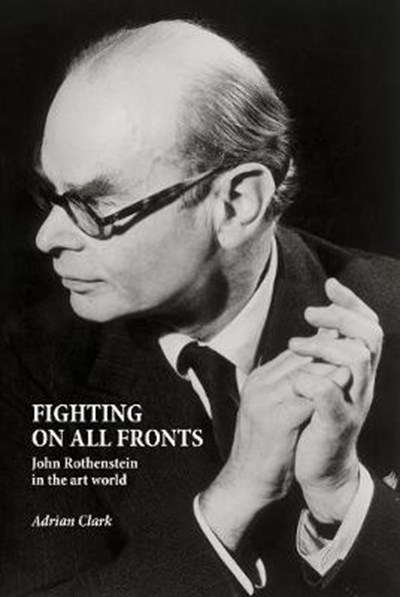 Fighting on All Fronts

John Rothenstein in the Art World

QTY
Add to Basket
Publisher: Unicorn Publishing Group
ISBN: 9781910787823
Number of Pages: 256
Published: 11/04/2018
Width: 15.6 cm
Height: 23.4 cm
Description Author Information Reviews
John Rothenstein, son of Sir William Rothenstein, the celebrated portrait painter, was born in 1901, four years after the Tate Gallery had been founded as the national gallery of British art. When Rothenstein took over as its fifth director in 1938, the Tate was in serious trouble: after 1917 when its remit was extended to include the national collection of modern foreign art, the confused dual purpose had placed an intolerable burden on those required to manage an institution still partly controlled by the National Gallery. Furthermore, it had no purchasing budget from the Government and was bound to accept often inappropriate pictures imposed on it by the Royal Academy under the terms of the infamous Chantrey Bequest. 26 years later when Rothenstein retired as Director in 1964, the Tate had acquired a Government grant, escaped the clutches of the National Gallery in 1955, and was firmly established both as the principal collection of modern art in the UK, and the best collection of British art in the world. Yet Rothenstein's career in the art world had never run a smooth course. After a childhood and early professional life dominated by the influence of his father, his curatorial posts in America, Leeds and Sheffield were not without incident, and at times it had looked as if his chosen career would stall. Adrian Clark's thoroughly researched account of the origins and professional life of John Rothenstein, covers his highs and lows and tries to give a balanced view and summary of the achievements of this remarkable human being.

Adrian Clark is the author of British and Irish Art 1945-1951 (2010) and co-author of Queer Saint. The cultured life of Peter Watson (2015). He contributed to the catalogue for the exhibition of the Roberts at the Scottish National Gallery of Modern Art (2014) and has written extensively for the British Art Journal.