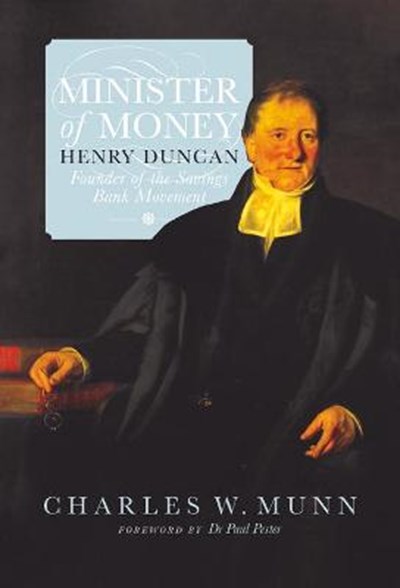 QTY
Add to Basket
Publisher: John Donald Publishers Ltd
ISBN: 9781910900147
Number of Pages: 256
Published: 16/11/2017
Width: 16.5 cm
Height: 24 cm
Description Author Information Reviews
Henry Duncan was a man of many parts: parish minister, savings bank founder, political lobbyist, anti-slavery campaigner, educator, geologist, poet, author. He restored the Ruthwell Cross, a medieval monument of international importance. He also played a major role in the Disruption of the Church of Scotland in 1843 - the most significant social event in nineteenth-century Scotland. But his lasting legacy is as founder of the worldwide savings bank movement. He first opened a parish bank in Ruthwell, Dumfriesshire, in 1810, to encourage the 'industrious poor' to save for times of hardship. It was run by local voluntary trustees, and the idea spread to become the basis of trustee savings banks across the world. Duncan was a product of the Enlightenment and his Christian faith. While these were often uneasy bedfellows, he found ways to reconcile them by addressing the economic and social problems of his parishioners as well as their spiritual needs. A man of vision and compassion, Duncan believed fundamentally in the dignity of ordinary working people. From its beginnings in a small cottage on the shores of the Solway, his community savings bank went on to influence and inspire generations all over the world.

Charles Munn was Chief Executive of the Chartered Institute of Bankers in Scotland, 1988-2007. He is currently Director of the European Financial Planning Association, a Member of the Professional Standards Board of the Chartered Insurance Institute, and Chairman of the Budget and Finance Committee of the World Mission Council, Church of Scotland. He has a special interest in business ethics and has written articles and reports on this subject. He is author of a number of books on banking history, co-author of Ethics, Integrity and Reputation and is a regular public speaker on the ethics of banking and investment.