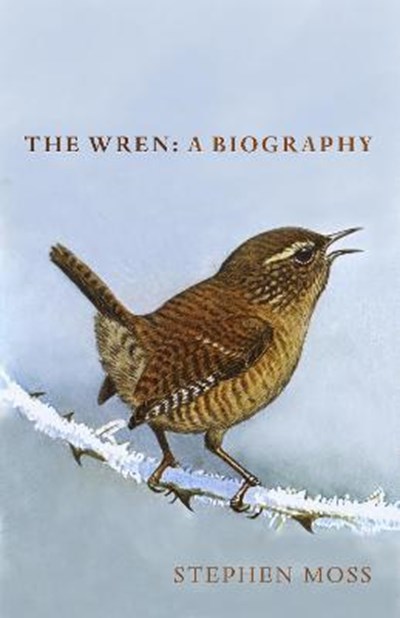 QTY
Add to Basket
Publisher: Vintage Publishing
ISBN: 9781910931936
Number of Pages: 208
Published: 25/10/2018
Width: 14.2 cm
Height: 20.6 cm
Description Author Information Reviews
From the bestselling author of The Robin: A Biography The wren is a paradox of a bird. On the one hand wrens are ubiquitous. They are Britain's most common bird, with 8.5 million breeding pairs and have by far the loudest song in proportion to their size. They also thrive up and down Britain and Ireland: from the smallest city garden to remote offshore islands, blustery moors to chilly mountains. Yet many people, particularly a younger generation, are not sure if they have ever seen a wren. Perhaps because the wren is so tiny, weighing just as much as two A4 sheets of paper, and so busy, always on the move, more mouse than bird. However if we cast our eyes back to recent history wrens were a mainstay of literary, cultural and popular history. The wren was on postage stamps and the farthing, it featured in nursery rhymes and greetings cards, poems and rural 'wren hunts', still a recent memory in Ireland particularly. With beautiful illustrations throughout, this captivating year-in-the-life biography reveals the hidden secrets of this fascinating bird that lives right on our doorstep. PRAISE FOR STEPHEN MOSS: 'A superb naturalist and writer' Chris Packham 'Inspired, friendly and blessed with apparently limitless knowledge' Peter Marren 'Moss has carved out an enviable niche as a chronicler of the natural world' Daily Mail

Stephen Moss is a naturalist, author and broadcaster. In a distinguished career at the BBC Natural History Unit his credits included Springwatch, Birds Britannia and The Nature of Britain. His books include The Wren, The Robin, Mrs Moreau's Warbler and Wonderland. He is the President of the Somerset Wildlife Trust and a Senior Lecturer in Creative Writing at Bath Spa University. Originally from London, he now lives with his wife and children on the Somerset Levels.