Celian Moment and other essays 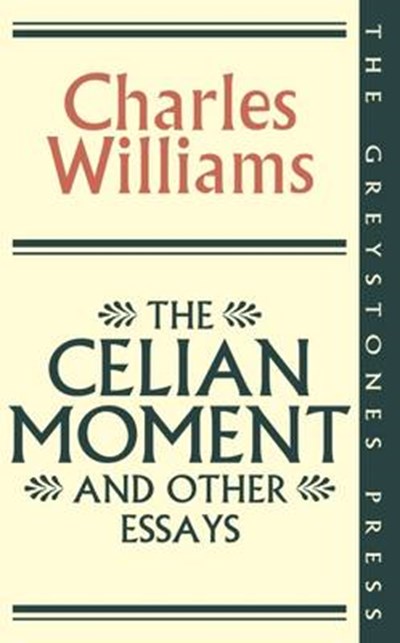 Celian Moment and other essays

QTY
Add to Basket
Free UK P&P
Publisher: The Greystones Press
ISBN: 9781911122111
Published: 06/04/2017
Description Author Information Reviews
Charles Williams was the 'third Inkling', friend of C. S. Lewis and J. R. R. Tolkien. Hiswork was also admired by T. S. Eliot, Dorothy L. Sayers and W. H Auden among others. These essays have been gathered from books, pamphlets and periodicals all long out of print and none of them has previously been collected. They cover nearly all his literary interests and the nal one shows his sympathy for left-wing political ideas arising from his own poverty-ridden childhood. The title essay develops Williams's theory of poetry but is also a covert homage to the woman who was his second and unacknowledged love.

Charles Williams (1886-1945), friend of T.S.Eliot and C.S.Lewis and admired by W.H.Auden, was a versatile man of letters. He wrote supernatural thrillers, plays, theology and journalism but he saw poetry and criticism as being his real work. He was a member of the Inklings' circle in Oxford during the Second World War.The Editor, Stephen Barber, was for many years Treasurer of the Charles Williams Society and has written several articles on the writer.