How Religion Deprives Us Of Happiness 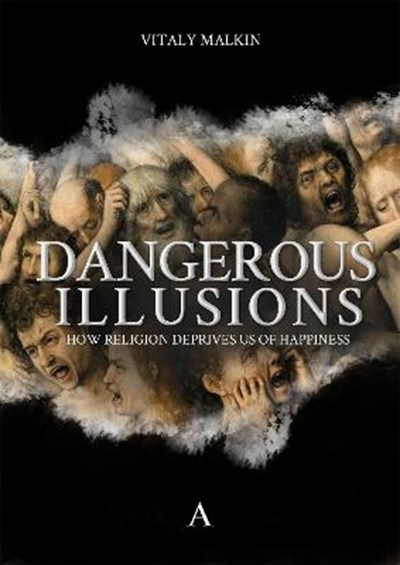 How Religion Deprives Us Of Happiness

QTY
Add to Basket
Publisher: Arcadia Books
ISBN: 9781911350286
Number of Pages: 416
Published: 14/06/2018
Width: 19 cm
Height: 25 cm
Description Author Information Reviews
Based on 10 years of dedicated research, Dangerous Illusions is a battle cry for the human race to throw off religion in favour of logic and reason. In this committed and passionate book, author Vitaly Malkin - a philanthropist, business man and investor - argues for a radical shift in humanity's thinking about religion; that reason and religion cannot co-exist, and that mankind will only be truly happy if we are able to shake off the illusions of religion in order to live a life more rooted in the present. Dangerous Illusions sets out to explore the irrational demands that religion makes of man and asks the reader to question what benefit these acts offer human beings in this life. Malkin scrutinises topics such as suffering and evil, pleasure and asceticism, sex and celibacy, and circumcision and excision, through the lens of the three major world monotheistic religions - Christianity, Islam and Judaism. In doing so, the book fearlessly refutes our most careless beliefs, encouraging us to be more aware of the dangers religions pose to our society and, even to change our intellectual practices altogether.

Vitaly Malkin is a Russian businessman and investor. He has been a physicist, banker and senator (from 2004 to 2013). Malkin became interested in philosophy and history of religion while engaged in his philanthropic activities for the Fondation Era and Fondation Espoir, and from his extensive travels around the world. Living now in Europe, Malkin has fully dedicated himself to writing and to continuing his work as a philanthropist.