Pilgrimage Scenes from the Camino Frances 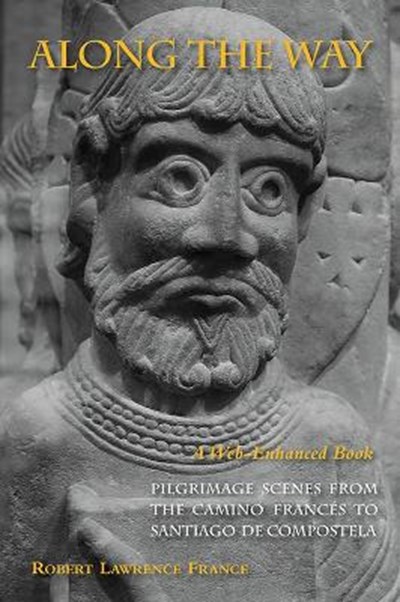 Pilgrimage Scenes from the Camino Frances

QTY
Add to Basket
Publisher: Libri Publishing
ISBN: 9781911450832
Number of Pages: 314
Published: 18/06/2021
Width: 15.4 cm
Height: 23.2 cm
Description Author Information Reviews
The main Camino route is the Camino Frances. This part of the Camino de Santiago traditionally starts in St Jean Pied de Port and finishes in Santiago de Compostela about 780km later, after travelling the breadth of Northern Spain, However, travellers can start anywhere and even continue past Santiago to the sea at Finisterre. Finisterre was thought to be the end of the world in medieval times. Robert France walked the Camino Frances (all the way to Finisterre) in Winter and this book is the result of that adventure. It differs from much of the current literature available in that is written by someone in middle-age (most accounts are from the retired or the gap-year student). It is a reflective and thoughtful account which includes literary references, visual records and information on architecture, monuments and pilgrimages. As an example of how much of a 'cult' this walk has become, there is a community called the Confraternity of St. James, based in London, whose membership has grown from a half dozen to over two thousand during the last thirty years. This will have a wide appeal to all travel enthusiasts the world over as well as modern pilgrims, of whom there are more than one thinks!

Robert France is a leading authority on watershed management and environmental restoration who has published hundreds of technical articles and more than a dozen books and who has participated in many high visibility urban planning projects around the world. Dr France was a professor of landscape ecology at Harvard University and is presently a professor of watershed management at Nova Scotia Agricultural College. For more than a decade, he has been a frequent visitor to Venice and for three summers he resided there while teaching a course at Ca'Foscari University and conducting research for this book. One of his books is Veniceland Atlantis: the bleak future of the world's favourite city (Libri Publishing 2011).