The Silent Heart of the Arts and Crafts Movement 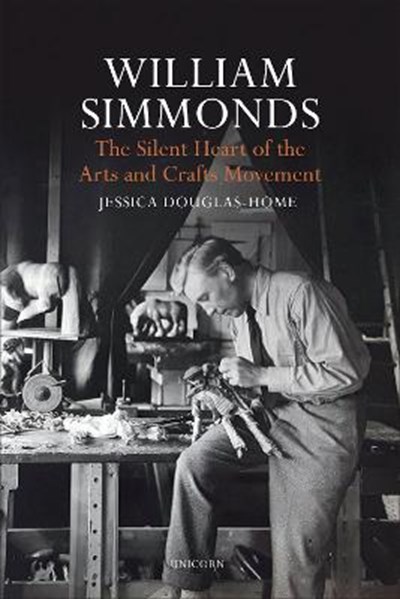 The Silent Heart of the Arts and Crafts Movement

Publisher: Unicorn Publishing Group
ISBN: 9781911604754
Number of Pages: 350
Published: 03/09/2018
Width: 15.6 cm
Height: 23.4 cm
Description Author Information Reviews
There is a renewed and growing interest in the Arts and Crafts movement, in reaction to modern mass production of domestic items and building types, and to the voiding of craftsmanship from contemporary work. William Simmonds exhibited the dedication and the spiritual discipline that were at the root of the Arts and Crafts movement. Now that the illusory aesthetic of modernism has lost its appeal more and more people are turning back to the Arts and Craft period, in which an aesthetic more suited to the modern world was being discovered and propagated.

Jessica Douglas-Home trained at Chelsea School of Art and the Slade School of Fine Art as a painter, etcher and theatre designer. She has had one-man shows in London, Washington and Brussels, and has also designed productions for the National Theatre and other West End theatres. Her first book, The Life and Loves of Violet Gordon Woodhouse, the acclaimed biography of the musician Violet Gordon Woodhouse, appeared in 1996 and was nominated for a Whitbread prize. This, her fourth book, is on some ways a sequel, adding a new dimension to our understanding of the Arts & Crafts movement. Jessica Douglas-Home is also the author of A Glimpse of Empire and Once Upon Another Time, a book about her travels behind the Iron Curtain. She has written for The Telegraph, The Sunday Telegraph, The Times, The Guardian, Standpoint, The Spectator, The Times Literary Supplement and The New Criterion.