Questions I Am Asked About the Holocaust 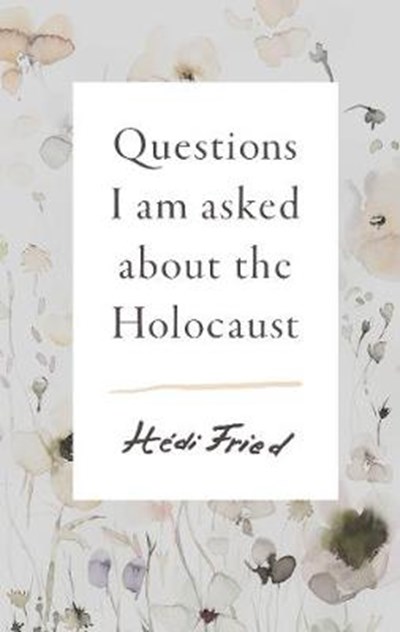 Questions I Am Asked About the Holocaust

QTY
Add to Basket
Publisher: Scribe Publications
ISBN: 9781911617778
Number of Pages: 160
Published: 27/01/2019
Width: 12.9 cm
Height: 19.8 cm
Description Author Information Reviews
'There are no stupid questions, nor any forbidden ones, but there are some questions that have no answer.' Hedi Fried was nineteen when the Nazis snatched her family from their home in Eastern Europe and transported them to Auschwitz, where her parents were murdered and she and her sister were forced into hard labour until the end of the war. Now ninety-seven, she has spent her life educating young people about the Holocaust and answering their questions about one of the darkest periods in human history. Questions like, 'How was it to live in the camps?', 'Did you dream at night?', 'Why did Hitler hate the Jews?', and 'Can you forgive?'. With sensitivity and complete candour, Fried answers these questions and more in this deeply human book that urges us never to forget and never to repeat.

Hedi Fried (b. 1924) is an author and psychologist. She is deeply committed to working for democratic values and against racism. She was born in the town of Sighet, in Romania, was transported to Auschwitz in 1944, and worked in several labour camps, eventually ending up in Bergen-Belsen. After liberation, she came to Sweden with her sister, and has lived there ever since. Her bestselling autobiography, Fragments of a Life: the road to Auschwitz, was published in English and Swedish in the 1990s. Alice E. Olsson is a literary translator, writer, and editor working across Swedish and English. She has served as the Cultural Affairs Adviser at the Embassy of Sweden in London and is the recipient of a fellowship as well as multiple grants from the Swedish Arts Council. In 2020, she was shortlisted for the Peirene Stevns Translation Prize. She is currently pursuing a PhD in Comparative Literature at University College London, specialising in literature and human rights.