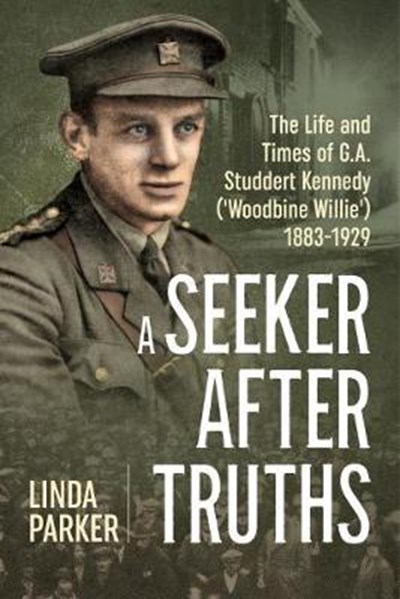 QTY
Add to Basket
Publisher: Helion & Company
ISBN: 9781912174041
Number of Pages: 256
Published: 15/01/2018
Width: 15.6 cm
Height: 23.4 cm
Description Author Information Reviews
Geoffrey Studdert Kennedy became one of the most famous army chaplains of the First World War, earning the nickname 'Woodbine Willie' because of his habit of giving out both cigarettes and bibles to the men at the front. During the war he also earned the reputation of an unconventional preacher, who kept men spellbound with his passionate oratory. He believed that the place of the army chaplain in battle was near the action, with his troops, and earned a Military Cross for bravery at the Battle of Messines. It was during the war that he began writing the prose and poetry that were to make him famous. However, there was much more to the life of this talented and unusual priest than his war service. In his pre-war parochial ministry he had a definite bias to the poor, working in parishes with a high proportion of slum areas and poverty-stricken populations. In these parishes he became known for his ability to relate to all kinds of people and provide material and pastoral help, often at the expense of his own material possessions. He also developed a reputation as an excellent preacher, both in churches and at outdoor pitches. After the war, with a high standing amongst ex-service men and as a bestselling author, he took on preaching and speaking engagements in all parts of the country, becoming in 1921 a full time speaker for the Industrial Christian Fellowship, whilst continuing to write popular books which came honestly to grips with the post-war realities of life in Britain and the difficulties and rewards of the Christian faith in accessible terms. This book accesses previously unused material to examine Studdert Kennedy's life in all its aspects, looking at his significance as an army chaplain, priest, theologian, author and public figure and assessing his impact on church life, industry and society before his early death in 1929. His life and achievement are examined in the context of Britain in the first half of the 20th century, assessing his legacy to the church and to society.