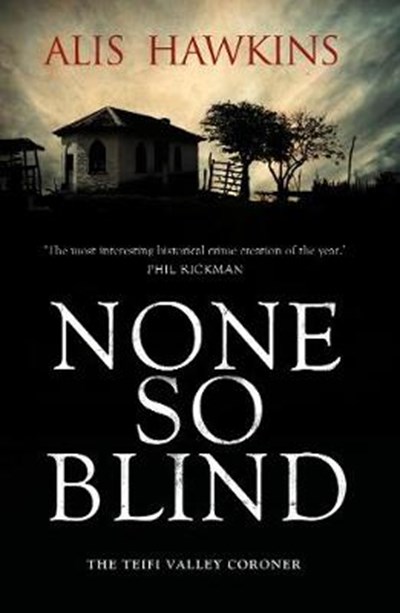 Publisher: The Dome Press
ISBN: 9781912534036
Number of Pages: 320
Width: 12.9 cm
Height: 19.8 cm
Description Author Information Reviews
West Wales, 1850. When an old tree root is dug up, the remains of a young woman are found. Harry Probert-Lloyd, a young barrister forced home from London by encroaching blindness, has been dreading this discovery. He knows exactly whose bones they are. Working with his clerk, John Davies, Harry is determined to expose the guilty. But the investigation turns up more questions than answers. The search for the truth will prove costly. But will Harry and John pay the highest price?

Alis Hawkins grew up on a dairy farm in Cardiganshire. She left to read English at Oxford and has done various things with her life, including bringing up two amazing sons, selling burgers, working with homeless people and helping families to understand their autistic children. And writing, always. Radio plays (unloved by anybody but her), nonfiction (autism related), plays (commissioned by heritage projects) and of course, novels. Her current historical crime series featuring blind investigator Harry Probert-Lloyd and his chippy assistant John Davies, is set in her childhood home, the Teifi Valley. As a side effect, instead of making research trips to sunny climes, like some of her writer friends, she just drives up the M4 to see her folks. Alis speaks Welsh, collects rucksacks and can't resist an interesting fact.