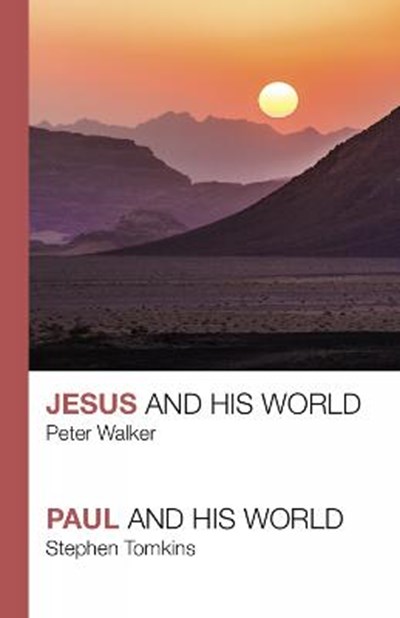 QTY
Add to Basket
Publisher: Lion Hudson Ltd
ISBN: 9781912552153
Number of Pages: 256
Published: 22/03/2019
Width: 14 cm
Height: 21.6 cm
Description Author Information Reviews
Have you ever wanted accessible introductions to the key figures of Christian history? In this book two expert authors draw on biblical scholarship to bring Jesus and Paul and their worlds vividly to life. Jesus and His World Jesus Christ is probably the single most influential figure in world history, but who was this preacher from Nazareth? Can we be sure he existed? And if he did, what was the world like in which he lived? Placing Jesus firmly in the Jewish world of 1st-century Palestine, Peter Walker explores the religious and social background to his life, the Jewish expectations of a messiah, Jesus' ministry and teaching, and helps readers interpret Jesus' radical mission and the way he related to the world around him. Paul and His World We know little about Paul, yet he has had a greater impact on the development of Christianity than any other person except Christ. For some, his influence has been largely negative. For others, he is simply the greatest mind in Christian history. Stephen Tomkins argues that Paul would have been quite at home with such a mixed reception. Despite enjoying a degree of hero worship in his lifetime, he was also more reviled than any other Christian, and his Christian life was a constant arduous missionary journey of shipwrecks, prison, mob violence and the depressing politics of church life. This is a lively and lucid portrayal of the man behind the controversy and the drama.

Peter Walker studied Classics and Early Church History at Cambridge University and has done extensive research at a post-doctoral level on Christian attitudes to Jerusalem. Peter is now Professor of Biblical Studies at Trinity School for Ministry (near Pittsburgh, USA), having previously taught at Wycliffe Hall within the University of Oxford. He has led many study tours to the Holy Land. His books include: In the Steps of Jesus, In the Steps of Saint Paul, The Lion Guide to the Bible, and The Story of the Holy Land. STEPHEN TOMKINS has a PhD in Church History from London Bible College. An experienced journalist, he is a contributing editor to the Ship of Fools website. He is the author of David Livingstone, John Wesley: A Biography (Lion, 2003) and Paul and His World (Lion, 2004).