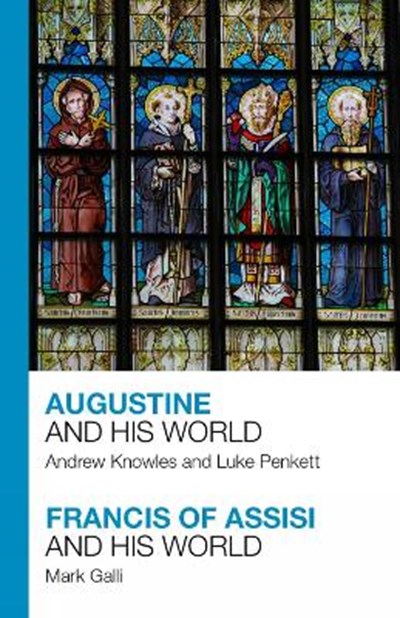 QTY
Add to Basket
Publisher: Lion Hudson Ltd
ISBN: 9781912552245
Number of Pages: 268
Published: 22/03/2019
Width: 13 cm
Height: 19.8 cm
Description Author Information Reviews
Have you ever wanted accessible introductions to key figures and periods of Christian history? Augustine and His World Augustine is one of the giants of the Christian church. From his birth in North Africa and his days as a relatively permissive young man, through his midlife conversion to Christianity and career as bishop of Hippo, his story has intrigued and inspired every generation for over 1,600 years. As a thinker, teacher, writer and debater, Augustine's greatness lay in his ability to relate the philosophies of Ancient Greece and Rome to the precepts of the Christian faith. Augustine also saved the church itself from disintegrating into rival factions by forging sound doctrine in the fires of controversy. This immersive account of Augustine's life helps readers understand the world he came from and the enormous contribution he made to the church, both of his day and of the future. Francis of Assisi and His World Francis of Assisi is one of the world's most popular religious figures, and also one of the most misrepresented. In this lively and engaging account of Francis's story - from his hedonistic youth to his emergence as a Christian leader of great charisma and intensity - Mark Galli attempts to strip away the modern gloss in order to discover the real man and the world in which he lived. The saint revealed here is not the romantic free spirit of popular imagination, but a contentious figure who combined a deep mysticism with radical commitment and, above all, sought to glorify God, the creator.

Andrew Knowles was previously Canon Theologian at Chelmsford Cathedral, England, and an Associate of St John's College, Nottingham. He is the author of a number of books on Christianity and the Bible, and co-author of Augustine and His World; Francis of Assisi and His World (Lion Scholar).