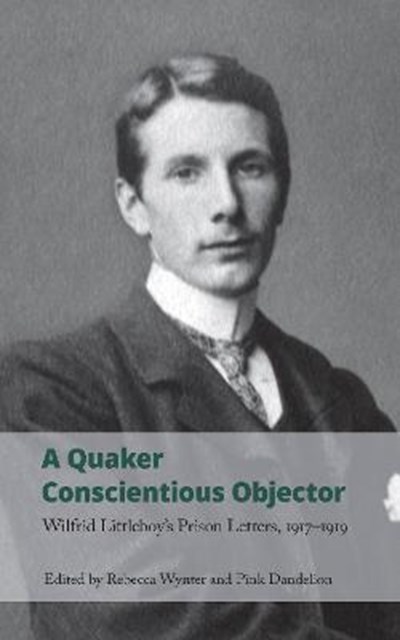 QTY
Add to Basket
Publisher: Handheld Press
ISBN: 9781912766277
Published: 18/05/2020
Description Author Information Reviews
In 1914 Wilfrid Littleboy (1895-1986) was a Quaker living in Birmingham. By 1918, he had served time in Wormwood Scrubs and in Dorchester Prison. Published for the first time, this private collection of his letters tells the story of how this middle-class accountant came to be imprisoned, and what happened to him inside. The letters follow Wilfrid's decision as an absolutist conscientious objector to voluntarily go to prison in 1917 rather than join the armed forces. He served his prison sentences cheerfully, with an abiding faith in his choice, and an increased awareness of working-class politics. With an introduction and epilogue, Wilfrid's letters bring to life the realities of conscience, military discipline, and early twentieth-century prisons. The letters are uplifting and engaging, vividly telling the story of hope through faith, books and nature, alongside the daily endurance of prison conditions in wartime Britain. Wilfrid Littleboy went on to hold national Quaker leadership positions. His experience as a CO helped sustain in British law the right to conscientiously object to war, and influenced Quaker discernment on conscription and conflict during the Second World War and beyond. Focus markets: prison history, history of political prisoners and prisoners of conscience, Birmingham, Dorchester, military history, First World War, Quakers and Quakerism, history of religion, pacifism and peace studies, conscientious objection, history of reading.

Wilfrid Littleboy (1885-1986) was one of the first British absolutist Quaker conscientious objectors to military service in the First World War. After he was released from prison in 1919, he went on to help develop Quaker and pacifist thinking in Britain, and was highly regarded as a leading Quaker thinker and advocate for peace.