Jesus Was a Refugee 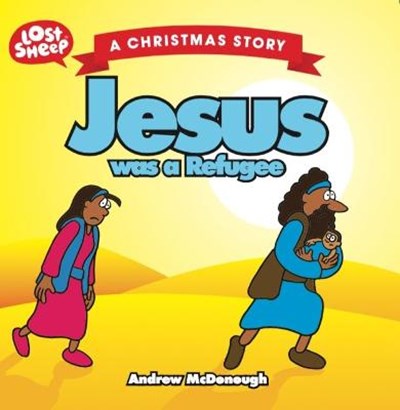 Jesus Was a Refugee

QTY
Add to Basket
Publisher: Malcolm Down Publishing Ltd
ISBN: 9781912863013
Published: 05/10/2018
Description Author Information Reviews
Don't you love the joy of Christmas? But do you know about the sorrow? Join us as Joseph and Mary share how they fled to Egypt to save their son. When we remember Jesus' birth, let's not forget that Jesus was a refugee. Jesus was a Refugee is based on that unsettling bit of the Christmas story in Mathew 2:1-23. This never makes it into the end of year nativity play. So, why tell the escape to Egypt story to children? Simply because it is a Jesus story and it mirrors the story of 70 million people including 25 million children around the world who have been forced from their homes. When Jesus wanted to change lives he told stories. That's what the Lost Sheep series is all about. At the centre of the stories is Jesus. Some stories are about him, some are by him, but all of them point to him. The series takes the spirituality of children seriously but also believe the gospel is fun.

As a young Bible college student, Andrew McDonough was asked to give the `children's talk' at a large church. He possessed one talent: he could draw sheep. He drew up the story of Cecil. The congregation loved it, so Andrew continued to draw stories to use with kids and adults which eventually became a series of over 30 books! Before devoting all his time to Lost Sheep, Andrew was pastor of the WestCare community in Adelaide, South Australia. He regularly tells stories and conducts workshops in schools and churches.